24-year-old Sasha Banks has been wrestling since 2010 and signed on to the WWE in 2012. (Instagram/Sasha Banks)

Sasha Banks is one of the most well-known female wrestlers in the world, and the 24-year-old began her career in the WWE just four years ago.

Born in Fairfield, California, Sasha Banks started training at Chaotic Wrestling in 2008 and debuted under the name Mercedes KV in 2010. The following year, she won the Chaotic Wrestling Women’s Championship, soon holding on to the title longer than anyone in history. She would later sign on to New England Championship Wrestling, National Wrestling Alliance, and then WWE NXT.

These days, she is a frequent staple of SmackDown and Raw, currently engaged in a feud with Charlotte and teaming up with Paige on June 27th.

Here’s everything you need to know about The Boss, Sasha Banks.

1. She Is Snoop Dogg’s Cousin

Sasha Banks’ first cousin is Snoop Dogg, and they both frequently appear at each others’ events. (Instagram/Sasha Banks)

Banks’ cousin is Snoop Dogg, who has been quite hands-on in helping her get to where she is today. It is said that he assisted Banks in developing her in-ring persona, and he remembers taking her to see wrestling events when his cousin was a teenager.

“You know what’s so crazy about that scenario is that I remember in 2008 when I took her to WrestleMania in Orlando, she was just a young little teenager, and I took her around to meet everybody that she wanted to meet, and you could just see her face light up,” he said. “You could tell this is where she belonged.”

Banks recalled in an interview on the WWE Network’s Unfiltered that her cousin took her to many Monday Night Raw and Wrestlemania events, where she would geek out about going backstage and meeting the roster. Not too many years after that, Banks would find herself wrestling alongside these stars.

Although she only signed on with WWE a few years ago, Banks rakes in an impressive salary for her wrestling work. (Instagram/Sasha Banks)

Banks’ salary with the WWE is $150,000 per year, according to The Celebrities Net Worth, an impressive figure considering she only boarded the WWE four years ago.

For comparison to some of the male wrestlers, Banks makes more per year than Cesaro and Big E, while Roman Reigns and Seth Rollins make $245,000 and $310,000 respectively.

3. She Grew Up in a Very Religious Household

Until not too long ago, Sasha Banks says she and her mother were going to church together just about every day of the week. (Instagram/Sasha Banks)

Banks comes from a rather Christian upbringing, as before beginning her wrestling career, she and her mother went to church five days a week.

“It wasn’t until I started wrestling that I was like, ‘Mom, I can’t go to church on Saturday and Friday,'” Banks said in an interview on Unfiltered. “‘I can go on Sunday, but I’ve got wrestling shows.'”

To this day, Banks says she has a good relationship with her mom, as they talk on the phone at least once a week and text every day. At the beginning, Banks’ mom was quite opposed to her daughter’s interest in wrestling, wanting her to perform in the church choir instead of in the ring.

But once Banks started to do quite well on the independent wrestling circuit, her mom realized that her daughter had a knack for this, and when she got signed, Banks says her mother was over the moon.

4. Her Younger Brother is Autistic

Banks says that she helped take care of her younger brother throughout her youth. (Instagram/Sasha Banks)

Banks had a lot of responsibilities growing up, as she helped take care of her younger brother, who is autistic.

“So growing up, I was pretty much like the second mom, just taking care of him,” Banks told Unfiltered. “He really made me the person who I am today. I grew having patience because it’s not easy, especially being the only girl and my mom was a single parent.”

Banks’ brother, who is now 21-years-old, evidently loves wrestling and in particular loves watching his sister lose. Whenever Banks has a show in Boston, her brother is there in the crowd. He’s mainly interested in all the Divas, though, not caring nearly as much about the male wrestlers.

5. She Is Engaged to the WWE’s Costume Designer 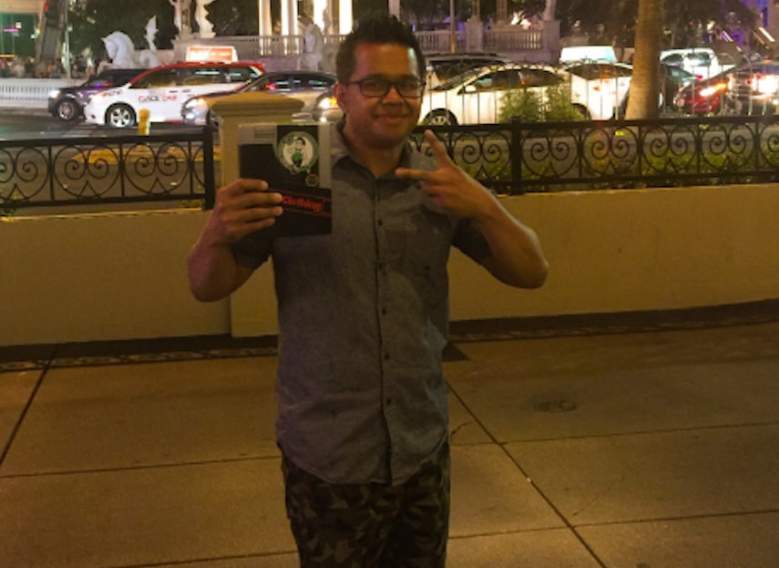 According to Uproxx, Sasha Banks is engaged to Sarath Ton, who works as the WWE’s seamstress and costume designer. He was formerly a wrestler himself, performing under the persona Kid Mikaze and becoming well-known for his elaborate outfits that he designed. Now, he helps design costumes for Banks among other WWE performers.

“Most recently I haven’t been able to pick out what colors I wanted or scheme,” Banks told the Miami Herald. “I just had him do it, because now he knows what I want. He envisions it. I just tell him, ‘I want to look the best, the greatest. Just do your thing,’ and he always makes me look amazing.”

Apparently she and Ton both love to rap; she said in an interview with Unfiltered that she and her fiance have rap battles with each other at home, and he’s quite good at it.