To get hype for a game, you gotta youtube dog videos for 3 hours and eat French toast ?? #proudofyouforpitchingandselftimer

Steven Matz has had himself a fantastic year after a rough first start of the season, positioning himself as a frontrunner for the NL Rookie of the Year. At one point he won seven consecutive starts, and still hasn’t lost since his first start. In the month of May he went 4-0 in 5 starts with a 1.83 ERA, winning NL Rookie of the Month and vaulting himself into possible All-Star Game consideration.

Those wondering if Steven Matz is dating are either in luck or sorely disappointed – Matz, who recently turned 25, is in fact dating someone. Her name is Taylor Cain. She has come up in a number of articles written about Matz, and he has shown up in quite a few of her Instagram pictures. It’s unclear how long they’ve been dating for, but it’s no short-term fling. Cain herself has her own career. Here’s what you need to know about her.

1. Taylor Sings and Plays Guitar in a Band with Her Siblings, The Cains

Fans of country music might recognize the name The Cains. Originally from Alabama, the band consists of Taylor, who sings and plays lead guitar, and her siblings Madison and Logan Cain. They’re even signed to Daystreet Records, which is part of GMV Nashville, which boasts an impressive roster that also includes the Charlie Daniels Band.

The Cains’ website mentions a number of influences. Older influences include The Everly Brothers, while more contemporary ones include the Secret Sisters, perhaps a nod to the sibling nature of the band. They themselves, on the About page, describe their sound as “The Eagles and Fleetwood Mac meets Echosmith.” The band’s last full-length record, Stay on Board, was released on October 28th, 2014. 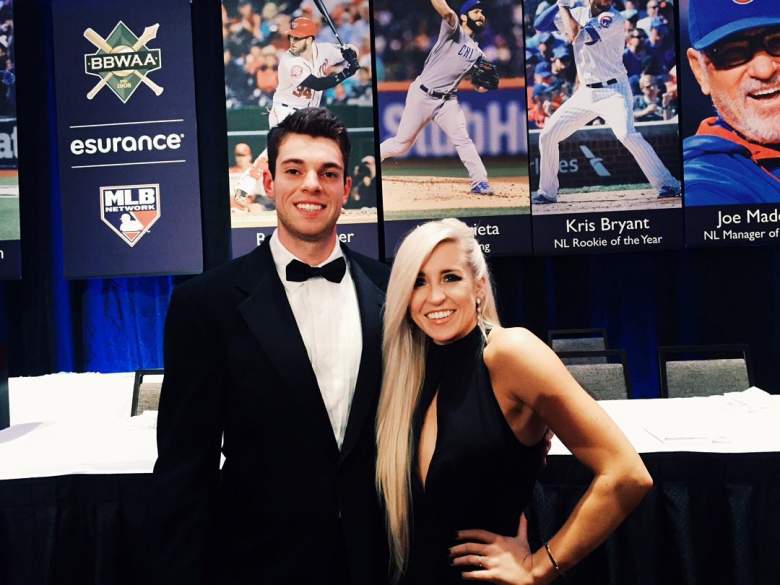 Matz and Cain are both rising stars in their respective fields, but those fields take them to vastly different places. Matz goes all over the country, but not where Cain lives. Cain and her band reside in Nashville, so as to help build an audience and contacts. The New York Post mentioned that part of Matz’s offseason, in addition to the expected workouts, involved spending a month in Nashville.

Matz, as a New York Met, spends most of his time in New York, where he’s originally from. Matz was born in Long Island and is a lifelong Mets fan. These connections made it far easier for Matz to find a place to stay – last season, he lived at home with his parents. The night before his 2015 World Series start, he slept in the bed of his childhood bedroom. 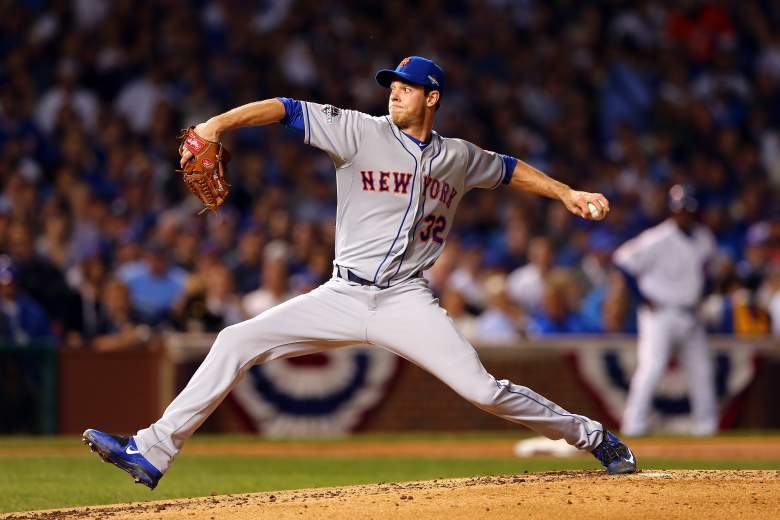 Matz pitching against the Cubs in the 2015 playoffs. (Getty)

Cain and Matz were introduced through a fellow Mets minor leaguer and lifelong New Yorker. That would be T.J. Rivera, who has spent his whole career in the Mets’ minor league system. According to the Post, Rivera and his wife went to the same alma mater as Cain, Troy University. Things progressed quickly from there.

As for Rivera himself, he’s one of the Mets best AAA hitters right now in his age 27 season. Currently, he’s hitting .365 for Las Vegas with 6 home runs. For his career in all combined minor leagues, he’s a .322 hitter with 30 home runs.

4. The Cains Get Radio Play on Sirius XM

With country radio expanding the way it has, radio play is crucial for Cain and her band to achieve the success they’re looking to achieve. One station that has given The Cains some exposure in the past is The Highway, which describes it’s playlist as “today’s country songs.” Last year, The Cains were lucky enough to debut a new single on The Highway’s “On the Horizon,” where they debut new music.

This is not the only success they had in that time. They also worked with Bravo TV on Southern Charm, a successful reality TV show. For Bravo, The Cains created re-cap tracks for the show.

Matz turned 25 on May 29th. On May 30th, Taylor was nice enough to upload a video on The Cains’ YouTube channel, expressing not just her love for him, but wanting to show how much other people appreciate him and how many people love him. It’s a lovely sentiment for her boyfriend that could only be improved by video editing skills, as the video cuts off 25 seconds in after one person. Still, it’s the thought that counts.