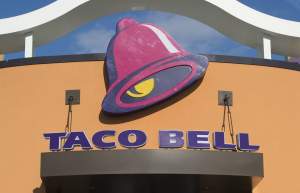 The Golden State Warriors road victory in Game 4 of the NBA Finals has taco fans rejoicing. With the Warriors win, fans can get a free taco from Taco Bell on June 21.

Golden State Warriors and Cleveland Cavaliers fans have not been the only ones anxiously rooting on their team in the 2016 NBA Finals, there is an additional fan base tuning in this year. Yes, fans of tacos have been rooting for the road team to win each game.

Taco Bell is doing a promotion called “Steal a Game, Steal a Taco” during the NBA Finals. If a road team wins a game in the Finals, Taco Bell will be giving away a free Doritos Locos taco.

The promotion is only valid at participating stores. Contact the Taco Bell in your area to confirm they are doing the promotion.

Here’s the full details from Taco Bell on the promotional rules:

Look on the bright side Cavs fans…we all get a free taco tomorrow at @tacobell l!