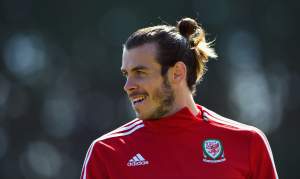 Gareth Bale will look to make his final splash of the group stage, when Wales take on Russia in a pivotal fixture for both teams.

Things are tight in Group B, where England and Slovakia are in the driver’s seat for the next round. Wales can clinch a spot in the Round of 16 with three points on Monday, but face a desperate Russia side that also needs the points, if not to clinch then just to make their case for third-place qualifying.

Bale has a goal in each game this tournament for Wales, but both have come from free kicks. He’s yet to become a threat in the open field, but will obviously keep starting for Chris Coleman’s squad. The Wales manager is not expected to change his lineup much, with the exception being injury concerns over recently-recovered Joe Ledley.

Read More
Soccer, TV
Wales can clinch a spot in the Round of 16 with a win over Russia.