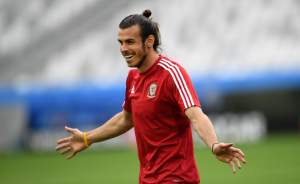 Wales takes on Slovakia in the opening Group B match. Both teams are considered the underdogs in a group with England and Russia.

Slovakia is ranked 24th in the world while Wales is ranked 26th. The match is considered a pick ’em with both teams having an equal opportunity to win.

Wales is led by Real Madrid’s Gareth Bale and offers one of the more intriguing stories of the tournament.

It marks the first Euro tournament appearance for both teams.

LIVE STREAM: ESPN will offer a live stream of the match through their Watch ESPN apps and website. A cable or satellite login is required to access the stream.