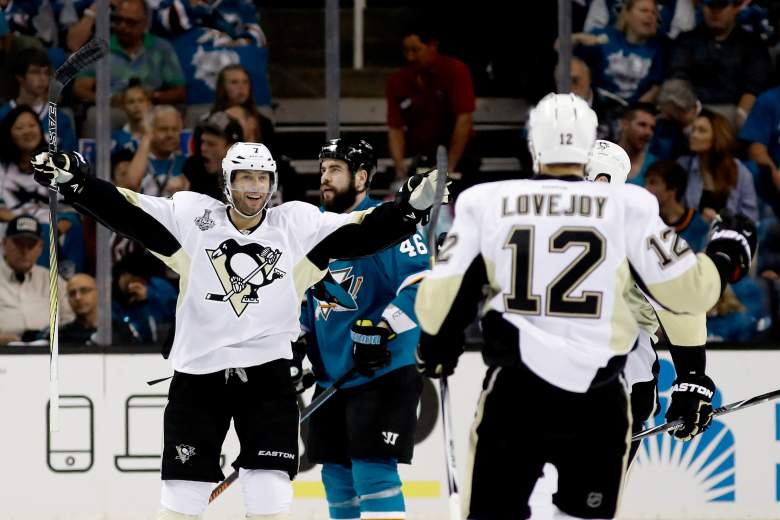 Penguins Ben Lovejoy celebrates with Matt Cullen after scoring in the first period against the San Jose Sharks in Game 3 of the Stanley Cup Final. (Getty)

Fast starts have become the norm for the Penguins. Pittsburgh opened the scoring for a third straight game in the Stanley Cup Final as Ben Lovejoy gave his team a 1-0 lead in Game 3.

Game 3 of the Stanley Cup Final was a highly anticipated contest for San Jose Sharks fans because it was the first Cup final home game in Sharks franchise history.

However, Lovejoy quickly quieted those fans with his second goal in the playoffs.

The Sharks were able to respond later in the period when Justin Braun scored his second goal of the playoffs.

The Penguins entered Game 3 with a 2-0 series lead over the Sharks.