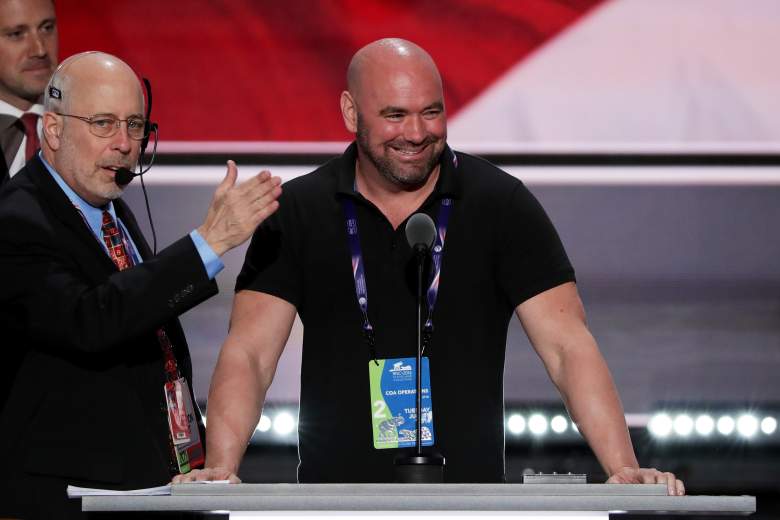 Dana White made millions off the recent sale of UFC, but his life has been far from ideal. From escaping the Boston mob to starting out as an MMA manager, White has seen it all and overcome adversity to build a better life for his family.

He saw something in the MMA sport that few did and has turned it into one of the fasting growing sports in the world. From escaping the mob to being a keynote speaker at RNC 2016, White’s story is inspiring and, at times, seems unbelievable.

UFC's Dana White: Goal is to Have Ultimate Fighting in Every CountryThe Ultimate Fighting Championship (UFC) is a mixed martial arts sports organization that produces over 30 live events worldwide each year. UFC has exploded in popularity worldwide. Dana White, president of the UFC, is looking to continue to expand the audience for the sport, seeking out new talent in countries such as China, India, and…2013-04-18T22:34:03.000Z

What started as a $2 million investment has made White millions. He is set to earn a salary of $17 million in 2016. According to Money Nation, he has earned $142 million in salary during his career with UFC.

He earned an additional $360 million from the 2016 $4 billion sale of UFC. His earnings of the sale increased his net worth by three times the amount it was prior to the sale.

Dana White's Biography, Dana White King of MMA, Official Book TrailerThis is a video of a book trailer of a biography written about our client, June White. This is an example of what we can do for you. This was tailored to her specific needs.2012-07-23T22:41:19.000Z

According to Cagepound.com, Dana and his wife, Anne, met in eighth grade. The couple started dating in high school and got married in 2006. They have three children together, Dana, Aidan and Savannah.

While her husband is constantly in the spotlight, she prefers to be with their children and stay out of the public eye. The couple live in a million dollar mansion near Las Vegas, Nevada.

3. White Was Diagnosed With Meniere’s Disease

White announced he was diagnosed with Meniere’s Disease in 2012. It is an inner ear disease that can cause random bouts of vertigo. According to SB Nation, he has described the diseaseas , “like Vertigo but on steroids.”

After a failed surgery, he got advice from Alex Rodriguez. He explained the situation to FOX Sports Radio (via SB Nation):

Well, A-Rod from the Yankees, hit me up and told me that when he was hurt Kobe called him and they both went to Germany and did this stem cell stuff. Right. So he says listen bro, I don’t know if this is going to help you, but I’ll tell you what it’s worth a shot. Well long story short, we had the fight out in Sweden. I went to Germany. I got the stem cells. Dude, I am 100 percent cured. I am 100 percent a new guy, man. I’m working out again. I’m doing all the things that I used to do. I’m traveling. My life is back. All they do is they go in there, they take your blood, they incubate it, they spin it and add stuff to it. I don’t know what the hell they do, I’m no scientist. I’m a million bucks now, man. I couldn’t feel better,” White told FOX Sports Radio.

4. White Left Boston After a Visit From the Mob

Dana White: The mob changed my lifeDana White explains when James "Whitey" Bulger's Boston mob came after him and how it fueled a sudden move to Las Vegas. Want to see more? SUBSCRIBE to watch the latest interviews: bit.ly/1R1Fd6w Episode debuted nationwide in 2011. Watch full episodes each week on TV stations across the country. Find the airing time and channel…2016-06-22T14:37:57.000Z

White was entrenched in the boxing community in Boston, but things took a bad turn. He recounted the story to Forbes.

“That thing went down where they were trying to get money from me, and I got the phone call one day, and they were basically like, ‘You’ve got until Sunday to pay us’… [and] I left everything I had,” White told Forbes.

He left everything and went to Las Vegas. That is where his life began to turn around, and he would get involved with UFC.

While in Las Vegas, White began getting into MMA. He started managing fighters for UFC but was on the ground level. He saw potential for UFC to become something much bigger.

According to Forbes, White ran into an old friend, Lorenzo Fertitta, at a wedding in Las Vegas. It was an important encounter as White later approached Fetitta to partner with him to purchase UFC.

They decided to form a partnership where White was the president and the group purchased UFC for $2 million.