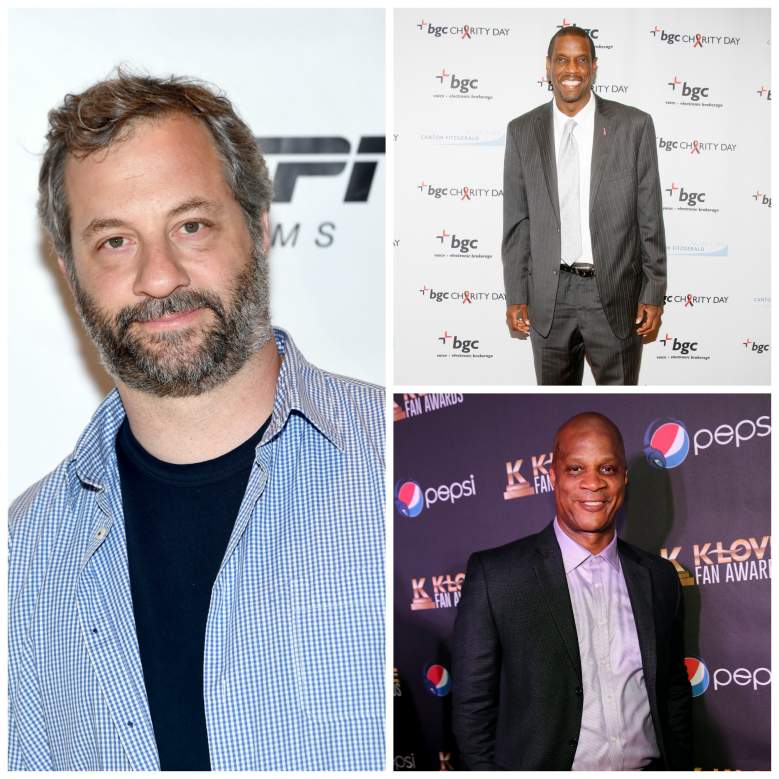 Tonight, Judd Apatow and Michael Bonfiglio’s ’30 for 30′ documentary, Doc & Darryl, will air on ESPN. The film explores the lives of former Mets’ players Dwight Gooden and Darryl Strawberry. When discussing the process of making the documentary, Appatow said, “I thought it was going to be a lot more uplifting.”

Read on to find out just what he meant, and to learn more about Dwight ‘Doc’ Gooden.

1. He Played for the Mets and Yankees 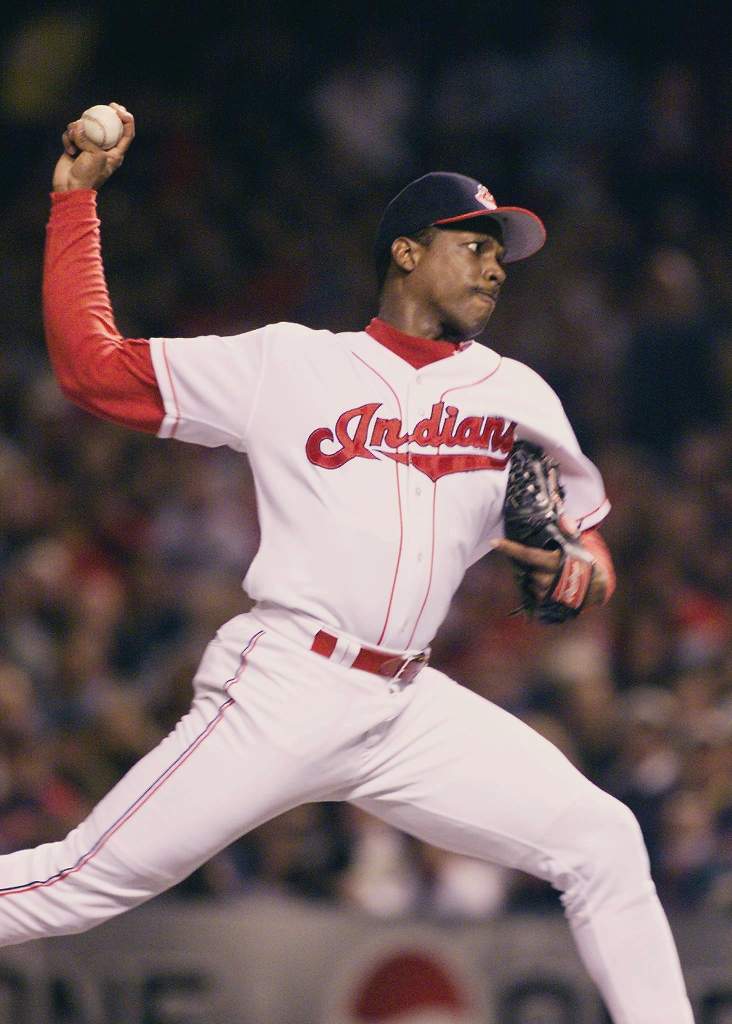 Gooden was born on November 16, 1964, in Tampa, Florida. His father worked at a chemical plant and coached semi-pro baseball, and his mom worked in health care. Gooden picked up baseball at an early age, and between 1984 and 2000, he played for the Mets, Yankees, Indians, Astros, and Devil Rays. In 1982, he was drafted in the first round and was the fifth player taken. Gooden played in the minors for one season for the Lynchburg Mets and had 300 strikeouts in 191 innings, allowing him to make the jump to the major leagues.

Gooden’s first major league game was with the New York Mets in April 1984. He was 19 at the time, and quickly became known for his 98 MPH fastball. In 1996, he signed with the Yankees as a free agent. Gooden had a rough start pitching for the team, and was sent back to the minors to train for a stint. When he returned, he proved to be an invaluable asset to the team. 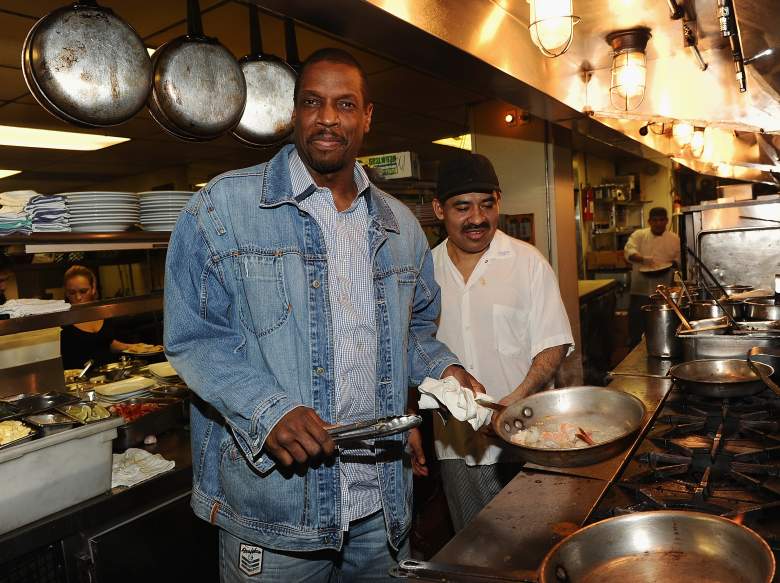 On February 20, 2002, Gooden was arrested for drinking under the influence, having an open container of alcohol in his car, and driving with a suspended license.

The following year, he was arrested again for driving with a suspended license. In 2010, Gooden’s wife, Monique, was interviewed by the NY Post. The couple married in January 2009, but hadn’t lived together since January of 2010. When discussing how Gooden’s actions affected her children, Monique told the news outlet, “You know what, right now I’m so stressed, I’ve been so stressed that every day has been a struggle for me. I just want support for the kids at this time . . . I just want to take care of them.”

She also made a point to say that in March of that same year, Gooden crashed into another car while intoxicated with his son in the car. 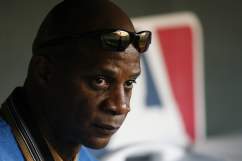 In 1996, while playing for the Yankees, Gooden pitched a no-hitter. It happened just six months after signing with the Yankees. According to Baseball Almanac, the day after he threw the no-hitter, his father survived open-heart surgery.

During the game, Gooden walked six players and struck out five– one of whom was superstar Ken Griffey, according to an article originally published by the Daily News in 1996. He threw 134 pitches, and received “superb support from his defense.” The game was, “witnessed by 31,025 frenzied fans, a number that is sure to swell into the millions over the next decade.”

4. He Was Charged With a Misdemeanor for Punching His Girlfriend 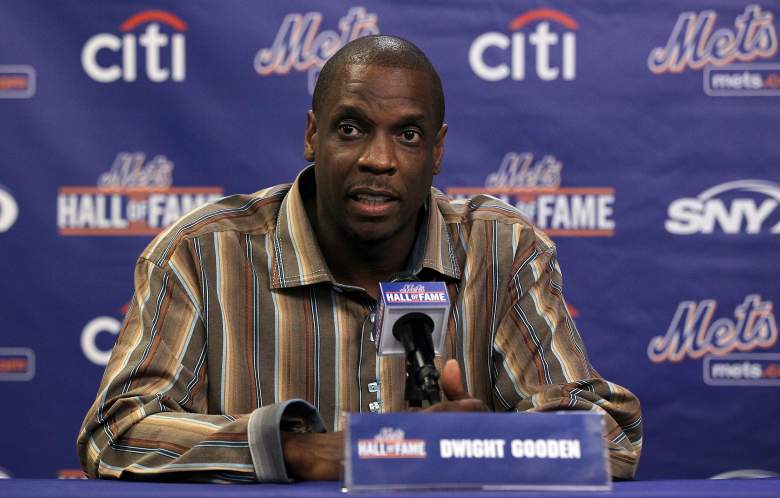 On March 12, 2005, Gooden was arrested in Florida for punching his girlfriend after she threw a telephone at his head, writes CNN.

When he drove through a traffic stop in Tampa five months later, he was pulled over and refused to leave his car when the police officer asked him to. CNN writes, “The officer remarked in his report that Gooden’s eyes were glassy and bloodshot, his speech was slurred, and a “strong” odor of alcohol was present on him. Three days after the traffic stop, Gooden turned himself in to police.”

Dwight Gooden 1985 Cy Young Season Highlights!http://www.courtsidetweets.com Dwight Gooden of the New York Mets captivated the baseball world in 1985 with his Cy Young Award, and his 24-4 record with a 1.53 ERA! "Dr. K" was on another planet that season and to try to explain to younger people how much larger-than-life he was back then wouldn't do him justice!2013-11-07T04:43:33.000Z

Gooden is a four-time MLB All-Star and a three-time World Series champion. At age 17, he was drafted in the first round by the New York Mets despite his mother’s desire that he go to college. Gooden started out in the Rookie Appalachian League, and by the end of his first season, he was named a Rookie-League All-Star.

On top of these accomplishments, Gooden was the first pitcher in the Major Leagues to achieve 200 or more strikeouts in his first three seasons. In 1992, he won the Silver Slugger Award, and today, he holds the record for most rookie-season strikeouts. 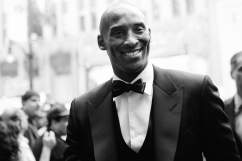