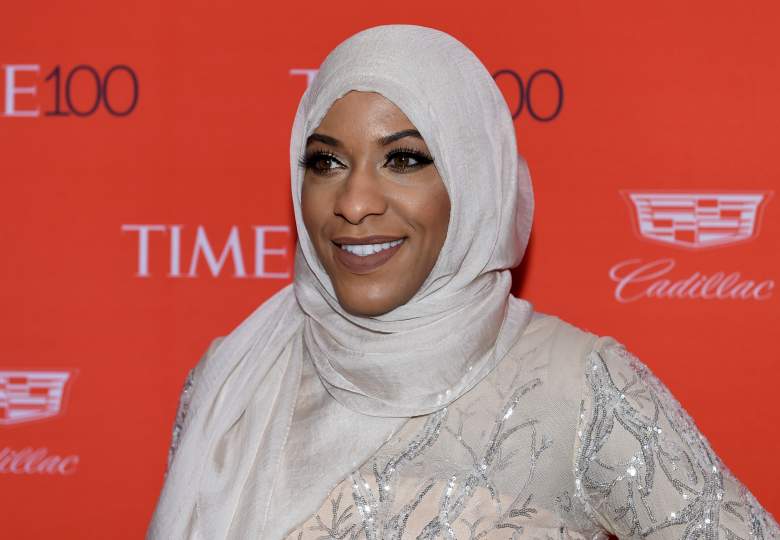 Ibtihaj Muhammad wanted to make history in Rio. She failed to make the cut prior to the 2012 Olympics and her motivation to continue fencing was the fact that no American woman had ever worn a hijab in the Olympics.

Growing up in New Jersey, her parents, Denise and Eugene, encouraged her to play sports. The family found it challenging given the wardrobe adjustments Muhammad needed in many of the sports she tried. Her mother discovered fencing and Muhammad began the sport when she was 13.

Muhammad is much more than an olympian. She is an advocate, entrepreneur and willing to be the visible Muslim female athlete that she grew up without seeing. Her name means “Joy” and she is doing her best to spread as much joy as possible.

1. She Is the First American Woman to Wear a Hijab in the Olympics

During the 2016 games, Muhammad will be the first American woman to wear a hijab at the Olympics. She spoke with The New Yorker about what it was like growing up with different religious beliefs than many of her fencing peers.

“When I was young, fencing was a white sport in New Jersey not many people looked like me. There were no role models. When I competed in local tournaments, there were often comments about me—being black, or being Muslim. It hurt,” Muhammad told The New Yorker.

2. Muhammad Has Her Own Clothing Line Called Louella

Muhammad and her siblings created their own clothing line called Louella. It is named after their grandmother. The company features a wide array of options including dresses, sweaters, jumpsuits, skirts and pants.

3. After Trying Multiple Sports, Muhammad Fell in Love With Fencing

According to NBC, Muhammad tried many different sports growing up including softball, tennis and track. She had to adjust the wardrobe for the various uniforms to include sleeves and pants. The process became cumbersome. Muhammad’s mother was driving past a local high school and saw people practicing fencing.

While she did not know anything about the sport, she immediately knew it would be a good fit when they saw the participants uniforms. She described the experience to CNN.

“My mom just so happened to discover fencing. She was driving past a local high school and saw kids with what she thought was like a helmet and like long pants and long jacket. She was like, ‘I don’t know what it is, but I want you to try it,'” Muhammad told CNN.

While she was ranked in the top 25 prior to the 2012 Olympics, she did not make the final cut. Muhammad used the disappointment to fuel her 2016 run.

“I watched how it broke people around me when they didn’t qualify. It literally shattered their world. I knew I would never be like that. I could have easily walked away from the sport. I felt unfulfilled, in a sense that I wanted to leave my mark on the sport. I wanted to provide that piece of diversity to the Olympic team, and that was really my driving force that got me here,” Muhammad told the USA Today.

5. Muhammad Is Both an Athlete & Activist

Muhammad has spoken out on a number of social issues including Donald Trump’s suggestion that there should be a ban on Muslims coming into the country. She spoke with CNN about what her presence on the global stage shows about America.

“It means a lot to me to be able to represent the United States and be an ambassador not just to the sport but also to our country and show the diversity. One of the special things that I hold near and dear to my heart at being an American is how diverse our community and our society is,” Muhammad told CNN.

Read More
2016 Olympics, Rio Olympics 2016
Ibtihaj Muhammad is making history at the 2016 Olympics. Learn more about the first American female athlete to wear a hijab at the Olympics.