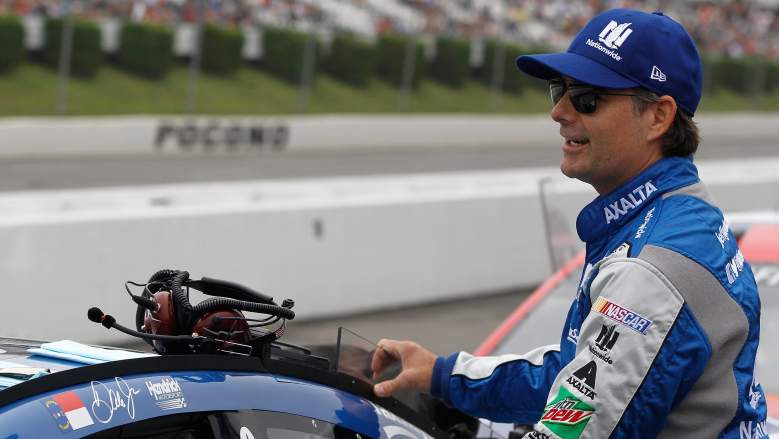 Jeff Gordon has driven the past 2 weeks in place for the injured Dale Earnhardt Jr. (Getty)

It’s a new week in NASCAR, but the same question remains.

That question is: Will Jeff Gordon fill in for the injured Dale Earnhardt Jr. again when the Sprint Cup Series hits Watkins Glen International for the Cheez-It 355 at the Glen on Sunday?

The answer to that question is yes, according to the official entry list for the race. Gordon will once again drive the Hendrick Motorsports No. 88 Chevrolet.

Dale Jr. will not be behind the wheel come Sunday and said on his weekly podcast there is still no timetable for his return due to concussion-like symptoms.

Earnhardt said on the podcast which airs on Dirty Mo Radio:

I’ve not had a concussion where you didn’t immediately feel effects. This is scary for me because it’s different. I’ve never had issues with my balance and eye issues. I don’t know what that tells me about how long this will be. (Concussions) are all different, with the length of recovery different for each one.

Gordon came out of retirement to drive in Earnhardt’s place the past 2 weeks. The future Hall of Famer placed 13th at the Brickyard two weeks ago, then 27th at Pocono last week. He said he’s prepared to drive the 88 for Hendrick as long as it takes Junior to recover.

It’s been boom or bust for Gordon at Watkins Glen, the upstate New York road course. In 23 career starts there, Gordon has 4 wins and 9 top 10s. His average finish is 17th, has 3 DNFs and has placed 34th and 41st in his past 2 races there.

Jamie Little Photos: The Pictures You Need to See