Who is Olympian Allyson Felix’s boyfriend Kenneth Ferguson? The couple, who are a longtime item, have been together for years and are rumored to have secretly married and lately there was speculation that the couple is expecting a child together. Today News Gazette reports that the couple have been in a relationship since 2005. In addition, Ferguson is in the same field as his wife, being a talented sprinter, so they surely bond over athleticism. In addition, Earn The Necklace reports that the rumors surrounding the couple are not true, that Ferguson and Felix never married.

As a sprinter and hurdler, Ferguson specializes in the 400 meter, 110 and 400 meter hurdles, but his girl Felix is an Olympian with several medals under her belt all ready. He is 32 years old, stands at 6’1″ and hails originaly from Detroit, Michigan. Meanwhile, his girlfriend Felix is a California native who is a devout Christian and daughter to an ordained minister. She is 30 years old and stands at 5’6″ tall.

Kenneth Ferguson shows his support for his love Felix on social media and recently tweeted this message:

Still speechless as I sit here in the stadium! So proud of you @allysonfelix God is good.

In addition, WikiPiky reports that the couple has never been in the media for rough patches or negatives in their relationship together. In addition they may not be married, but the site says the couple lives a life “of a committed married couple.”

Check out Ferguson campaigning to get people involved in the junior Olympics in the below video.

According to Player Wives, Felix was romantically linked to Lebron James years ago before meeting Ferguson. 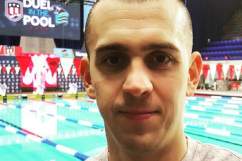 Read More
Olympics, Sports
Is Allyson Felix married? Who is her man Kenneth Ferguson? Is he her husband or her boyfriend? What's the deal?