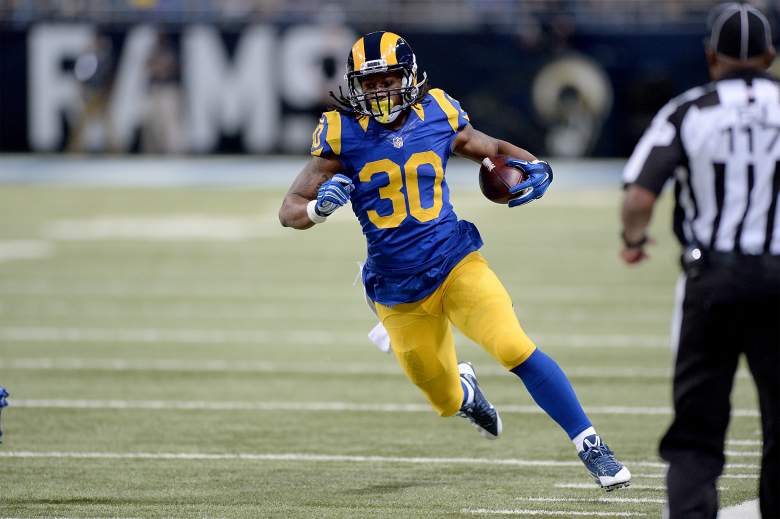 The Rams take on the Broncos in preseason Week 3. (Getty)

Looking for a live stream of the the Los Angeles Rams and Denver Broncos preseason game? NFL Game Pass is offering a free 7-day trial.

How to Watch the Rams vs. Broncos Live Stream Online

You can watch the Rams-Broncos game online through NFL Game Pass. NFL Game Pass shows all preseason games, except for games airing locally within your market.

If you already have a subscription, go to NFL Game Pass, type in your username and password, and enjoy the game.

If you don’t have an account, you can sign up for one. NFL Game Pass is currently offering a 7-day free trial.

Here’s how to get the free trial:

4) Enter your payment information. If you cancel your subscription within seven days of signing up, you will not be charged

If you do not cancel your subscription within the seven day period, you will be charged $99.99 for the entire preseason. It includes all out-of-market games and team radio broadcasts.

NFL Game Pass is also available through Apple TV, PS4 and Xbox One.

How to Watch the Rams vs. Broncos Live Stream on Mobile

You can also watch the game on your mobile device and tablet.

Download the NFL Game Pass app in the following ways:

Click here to get the app from Microsoft — This option is available for Verizon smartphone customers only.

Go here to see a list of devices NFL Game Pass has been tested and optimized for.

The Los Angeles Rams take on the Denver Broncos in the biggest dress rehearsal before the start of the regular season. Both teams hope to use this game to solidify their starting quarterback position.

Case Keenum comes into the game leading Jared Goff as the Rams quarterback. It is much more convoluted in Denver as Trevor Siemian, Mark Sanchez and Paxton Lynch are all fighting for the starting position. No player has emerged so far in the preseason, and it remains to be seen whether the Broncos will look to “red-shirt” Lynch during his rookie season.