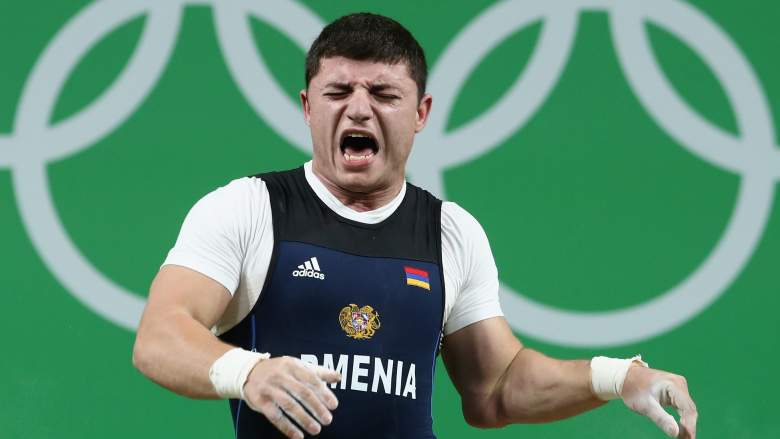 Armenian weightlifter Andranik Karapetyan saw his Rio Olympics come to a horrible end on Wednesday night after suffering a gruesome-looking elbow injury near the end of competition.

Karapetyan was competing in the 77kg competition, in which he won bronze at the 2015 World Championships and gold at the 2016 European Championships. He looked almost certain to bring Armenia its first medal of the 2016 Summer Games but disaster struck when he appeared to dislocate his elbow as he attempted the clean and jerk.

Medical officials rushed to his side and helped him off the stage, marking a devastating end to the 2016 Olympics for the 20-year-old gold-medal contender.