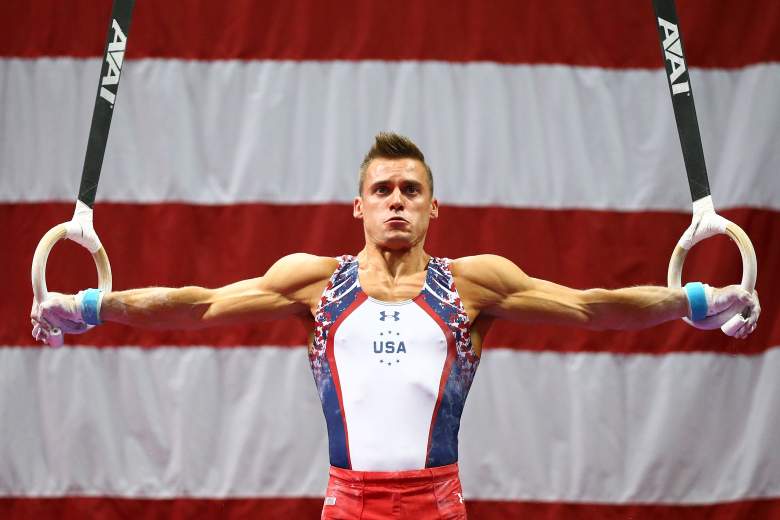 Two-time Olympian Sam Mikulak has been dubbed “the U.S.’ strongest and most consistent male gymnast.”

He has earned four consecutive all-around national championship titles from 2013 to 2016.

Mikulak made his first Olympic appearance in the 2012 London Olympics as a youthful 19-year-old. Since then, he has grown into a top medal contender in several events, with a personality that continues to make him a fan favorite. He’s also been known to bust out his dance moves, which certainly doesn’t hurt his popularity.

Here’s what you need to know about the 5-foot-6 powerhouse:

1. Both of His Parents Were Gymnasts

Mikulak has even said that when he has his own children, he hopes they follow in his footsteps.

2. He Graduated From the University of Michigan

Mikulak continued his gymnastics training in college at the University of Michigan. He won the all-around title at the 2011 NCAA Men’s Gymnastics Championships during his freshman year.

After the London Olympics, he returned to Michigan where he and his team won back-to-back NCAA Championships titles in 2013 and 2014. Following his NCAA eligibility, he worked as the assistant undergraduate coach for the men’s gymnastics team.

According to NBC, upon graduating with a degree in psychology in 2015, Mikulak moved to Colorado Springs to train at the Olympic Training Center.

At the 2015 Pan American Games, Mikulak had a dominant performance. He collected four medals including, a gold in the all-around competition– becoming the first U.S. man to win the title in 28 years. Mikulak also led his teammates to gold in the team competition, and captured bronze in the floor exercise and parallel bars finals.

3. There’s a Move Named After Him

Although Mikulak’s performance in his last Olympics did not earn him a medal, he did go down in history by nailing a move that had never been done before.

The “Mikulak” is a move on pommel horse that he first debuted at the London Olympics.

It is defined by hopping from one end of the pommel horse to the other, without touching the area between the two handles, while scissoring legs twice.

He became the first gymnast to execute the move during the men’s qualification round in London. The skill was included in the gymnastics Code of Points, published on Sept. 14.

“The pommel horse skill was something where I just pushed an old skill to the limits, and just made it more exciting and a little bit more interesting,” Mikulak said in a press release. “Having that skill, the Mikulak, in the books forever is something that I can look back on and say that I made a difference in the world of gymnastics. This is one of my biggest honors and it just makes me happy to be a part of (the Code).”

The idea behind MateBros was born when Alex Anunciation invited two high school friends, Mikulak and Jordan Gaarenstroom, over to try a tea he had discovered called yerba mate.

Mikulak explained to NBC that it is a “healthy alternative to the energy drink market,” and said it has “many health benefits.”

He also told NBC he hopes that their business can increase the drink’s popularity in the U.S. The drink is commonplace in South America, and has a long history in Argentina, Uruguay, Paraguay, Southern Brazil and Bolivia.

Even with the demanding schedule of an elite gymnast, Mikulak has said he still devotes time to MateBros.

“I’ve been balancing gymnastics, school and socializing since elementary school,” he told AOL. “MateBros has taken up most of my social life, but I’m working with my friends.”

5. He Is a Self-Proclaimed Sci-Fi Nerd

He said he grew up wanting to become an astronaut. However, that dream changed when he saw Apollo 13.

I watched Apollo 13, and it like absolutely freaked me out. I was terrified. I didn’t want to go to space because I thought it was imminent death.

Although his childhood dream of becoming an astronaut may have changed, Mikulak still geeks out on sci-fi.

“Recently I’ve been a big geek on sci fi books,” he said in March at the American Cup. He explained to People that he is a fan of The Expanse and Red Rising series.

As far as his celebrity crush, Mikulak has told numerous publications it ties into his love for the Harry Potter series.

“Due to my love for Harry Potter I have to say my celebrity crush is Emma Watson,” he told NBC.

“That whole Harry Potter grind got me obsessed,” he told People. “I did some shout-outs and maybe she’ll see that when Olympic time comes around.” 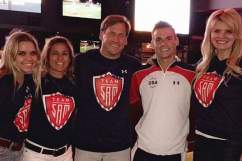 Read More
2016 Olympics, 5 Fast Facts
U.S. Gymnast Sam Mikulak is a top medal contender in several events, with a personality that continues to make him a fan favorite.