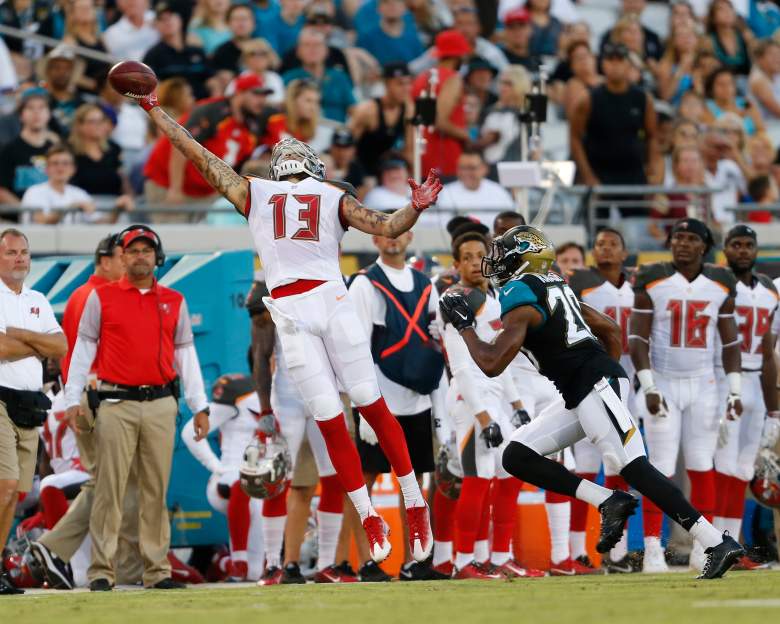 The Cleveland Browns and Tampa Bay Buccaneers met Friday at Raymond James Stadium for a nationally televised preseason exhibition. In their preseason home opener, the Buccaneers won 30-13 to advance to 2-1 on the preseason, while the Browns are still in search of their first preseason win.

Jameis Winston completed 16 of 25 passes for 259 yards and a pair of touchdowns in the first half to help the Buccaneers’ first-team offense get off to a faster start than they did in the previous two games. A point of emphasis for the team this week was starting strong, and they did just that on Friday. The Buccaneers scored on their first four offensive possessions.

Winston and wide receiver Mike Evans continued to show their chemistry on the field. Evans had five receptions for 115 yards, including a 34-yard touchdown from Winston. In the second quarter, Winston connected with Evans on a 47-yard catch-and-run.

Browns quarterback Robert Griffin III completed 8 of 14 passes for 119 yards, one touchdown and no interceptions before being replaced by Josh McCown in the beginning of the third quarter.

“We’ve been playing great football all around. Defense has been playing tremendous football all year, special teams, offense started fast and we put up some points,” Winston said in his post-game press conference.

Here are a few highlights from the game:

Roberto Aguayo knocks it through for three. The crowd is thrilled/relieved. pic.twitter.com/cStA4vdAYl

The Bucs had a promising opening drive, which was powered by two catches by Mike Evans for 38 yards. However, they had to settle for a field goal. Robert Aguayo nailed a 48-yarder to put the Bucs on the board first. The field goal was a welcome sight for Bucs fans. Aguayo, who is the highest-drafted kicker in Bucs history, struggled in the first two preseason games and in practice.

Patrick Murray Tied the Game With a 35-Yard Field Goal

Buccaneers quarterback Jameis Winston showed impressive mobility as he escaped a sack and found running back Charles Sims for a 3-yard touchdown. Tampa Bay took back the lead, 10-3 with 2:28 left in the first quarter.

Adam Humphries Returned a Punt 73 Yards for a Touchdown

Adam Humphries scored a touchdown on an incredible 73-yard punt return to give Tampa Bay a 17-3 lead. It marked the Buccaneers’ first preseason punt return touchdown since 2008.

Aguayo made a 21-yard field goal with 9:42 left in the second quarter.

Winston Connected With Evans for a 34-Yard Touchdown Strike

Jameis Winston and Mike Evans show off the chemistry on the TD. pic.twitter.com/60MB0Axi3H

Winston made a 34-yard touchdown pass to Evans to complete a three play, 85-yard drive. Aguayo notched the extra point, which gave the Bucs a 27-3 lead.

Browns cut their deficit late in the second quarter with a 43-yard touchdown pass from Robert Griffin III to Josh Gordon. Bucs carried a 27-10 lead into halftime.

Winston finished the first half completing 16 of 25 passes for 259 yards and 2 touchdowns. Evans notched 115 receiving yards.

Aguayo has made all six of his extra point and field goal attempts. He added three to the Bucs lead with a 27-yard field goal with 10:41 left in the fourth quarter.

The Panthers and Buccaneers shared practice fields this week at One Buc Place in anticipation of tonight’s game. Tampa Bay’s first-year coach Dirk Koetter said the additional reps against the Browns will serve his team well as they prepare for the regular season.

“Cleveland is a 3-4 defense, and we’re going to see like eight 3-4 teams over the course of the year, so two extra days of working against a 3-4 are huge,” Koetter said during a press conference.

“And then they’re a zone-read team on offense. … We need to see zone-read for down the road when we play teams like San Francisco and Seattle and Carolina,” he added. “Each team is a little bit different, but just playing and working against different guys is good.”

Browns quarterback Robert Griffin III will look to carry the momentum from last week’s outing against the Falcons. Griffin completed 6 of 8 passes for 96 yards and two touchdowns. He also ran for 36 yards on three carries.

No. 15 overall pick Corey Coleman is expected to make his NFL debut tonight. Browns fans are anxious to see Coleman take the field after he was sidelined with a hamstring injury for the last two weeks.

Cleveland wide receiver Josh Gordon is also expected to be in action for the first time this preseason. Gordon was reinstated just three weeks ago after serving a yearlong suspension for multiple violations of the league’s substance abuse policy. He’s not eligible to play in the regular season until Week 5 against the Patriots, after he serves his four-game ban.

Last year’s No. 1 overall pick, Jameis Winston, had a solid preseason debut, however finished last week with lackluster numbers. Winston went 3-of-10 passing last week for just 28 yards. However, a highlight was when he found Mike Evans for a beautiful 4-yard touchdown.

Robert Aguayo, who is the highest-drafted kicker in Bucs history, has struggled in the preseason and is facing mounting pressure in Week 3. Aguayo is the most accurate kicker in college history, and was drafted in the second round of the 2016 NFL draft. However, the rookie has experienced difficulty in his first two preseason games and recent practices. He missed three of his six kicks in a joint practice with the Browns on Tuesday, inducing boos from the crowd. The 22-year-old kicker is now working with a mental coach to get back on track.

Overall, the Bucs are looking to pick up the pace and get off to a faster start tonight. In the first two preseason games against the Jaguars and the Eagles, the Bucs offense did not score until the third possession.