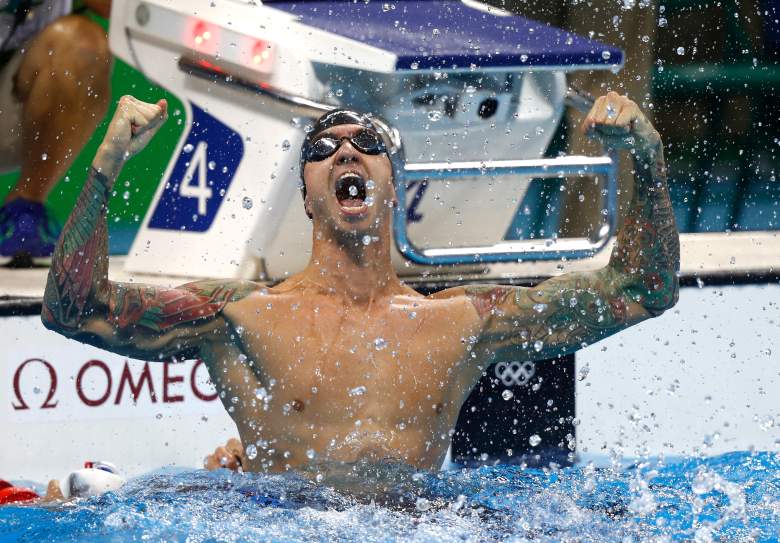 He clocked 21.40 seconds in the 50-meter freestyle in Rio. That’s faster than in the 2000 Olympics when he raced to 21.98 seconds to share gold with best friend Gary Hall Jr.

Florent Manaudou of France, who won the event in 2012, was 0.01 seconds behind Ervin for the silver. Nathan Adrian picked up his second individual bronze medal of the 2016 games, clocking 21.49. Click here to watch the race.

“That was a team effort, getting that medal,” Ervin told the Daily News. “Being a part of that relay was something I always wanted, even though the 100 is not necessarily where my strongest gift is.” 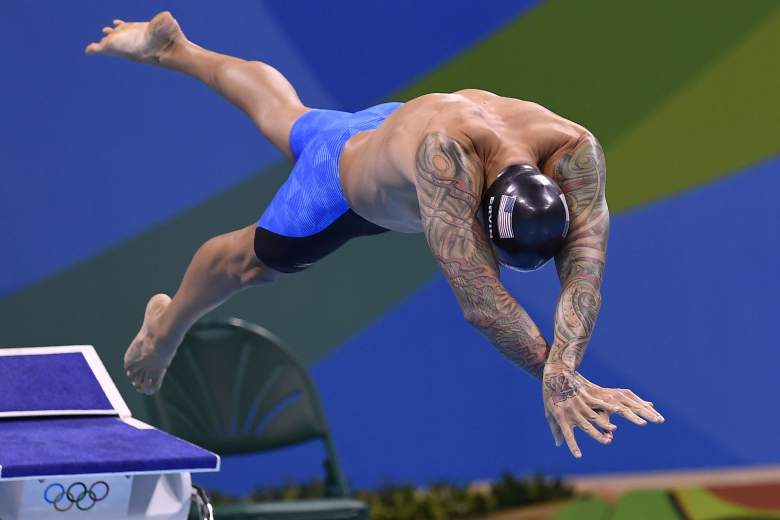 Ervin turned his back on swimming only two years after winning gold in the 50-meter sprint at the 2000 Summer Games in Sydney.

He dropped out of school at University of California, Berkeley, and moved to New York to play in a rock-and-roll band. The once Olympic champion led a life far from that of an elite athlete.

Ervin suffered from depression and attempted suicide by taking a bottle of tranquilizers used to control his Tourette’s.

“I woke up the next morning only to find I had failed to even kill myself,” he told the Telegraph. “At that point, I had a moment-with-God-type thing. I was reborn, in a way.”

“My real bane was smoking pot and cigarettes,” he told the Telegraph. “It’s really been my Kryptonite. Once I got away from it, my body just resurged and kind of flourished.”

Getting inked up, was part of his re-discovery process.

“For me, getting the tattoos was a way of reclaiming my own skin, and regaining control of myself,” Ervin told CBS.

He resumed courses at Berkeley and in 2011, was back in the pool. Ervin found his way back to the Olympic trials, where he made the U.S team for the 2012 games. He went on to place fifth at the London games in the 50-meter freestyle–12 years after his first Olympics.

“It’s his ability to make changes, both in his life and in the water, that makes him special,” longtime coach Mike Bottom told People.