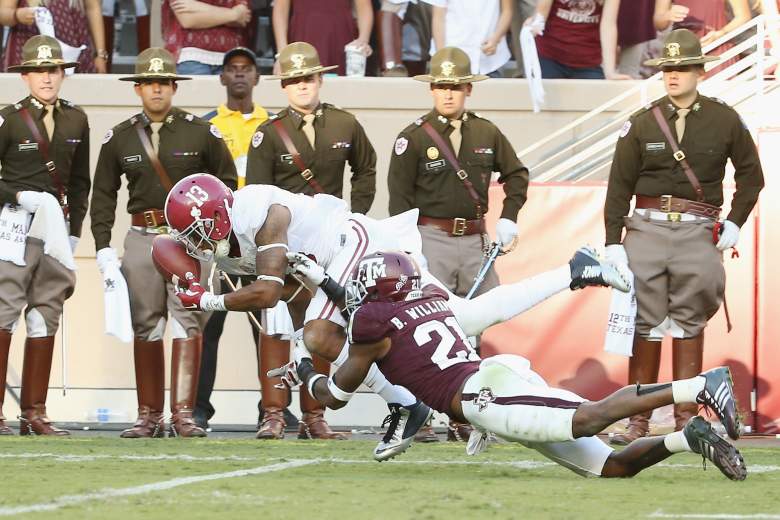 Alabama hosts Texas A&M this afternoon in an SEC West matchup. The game kicks off at 3:30 p.m. Eastern, and CBS will have the broadcast.

Line: Alabama by 18 (Line is courtesy of OddsShark and is subject to change.)

Game Preview: Alabama takes on Texas A&M in the marquee matchup of the day. While both teams reside in the SEC West, they have been the top two teams in the conference to start the season.

Alabama is led by freshman quarterback Jalen Hurts who can hurt teams both through the air and on the ground. The Crimson Tide not only have a potent offense but one of the top scoring defenses in the country.

For the Aggies, Trevor Knight has made a big impact at quarterback after transferring from Oklahoma. Knight has a number of weapons to throw to on offense including Josh Reynolds and Christian Kirk.

One matchup to watch is the Aggies defense against the Crimson Tide offense. Texas A&M has a pair of defensive ends in Daeshon Hall and Myles Garrett that could make Hurts day less than pleasant.