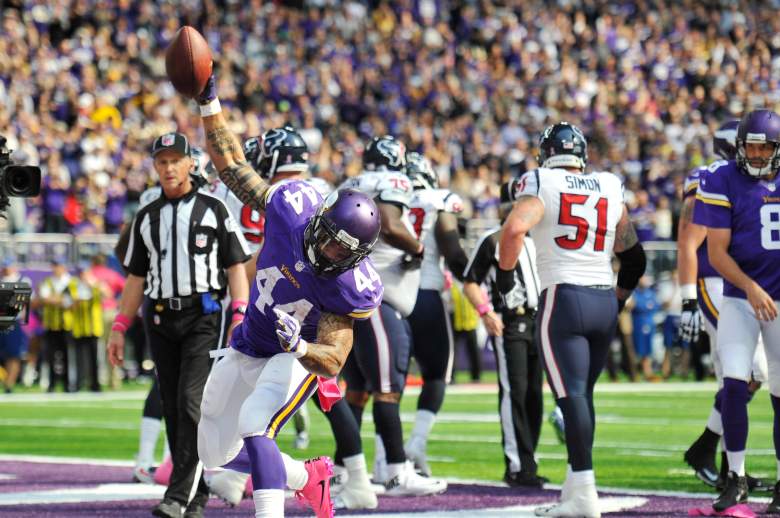 Minnesota Vikings and Jerick McKinnon fantasy owners received bad news during the Vikings-Eagles game. McKinnon exited the game during the first half after appearing to injure his ankle. The injury occurred as he was tackled by an Eagles defender and his leg buckled.

As of now, Matt Asiata becomes the Vikings running back to own. Heading into today’s game, he was listed second on the depth chart ahead of Ronnie Hillman. We have seen Asiata have fantasy relevant games this season.

Heading into halftime, Asiata had nine carries compared to one carry for Hillman.

Asiata has had 7 and 16 fantasy point games in standard leagues the last two weeks before McKinnon’s injury. He had a combined 20 carries during those two weeks with McKinnon as the starting back. Chances are he will see a large uptick in touches if McKinnon is forced to miss time.

In ESPN leagues, Asiata is only owned in 24.9 percent of leagues. If McKinnon misses time, he becomes a must-add in all formats.

We will continue to monitor the Vikings backfield to see who the Minnesota running back to own will be come waiver wire time. Hillman is worth keeping an eye on in case he starts to get carries with McKinnon out.

Read More
Fantasy Football, Football
Jerick McKinnon has left the Eagles-Vikings game with an ankle injury. Find out the details and what the injury does to the Vikings backfield in fantasy terms.