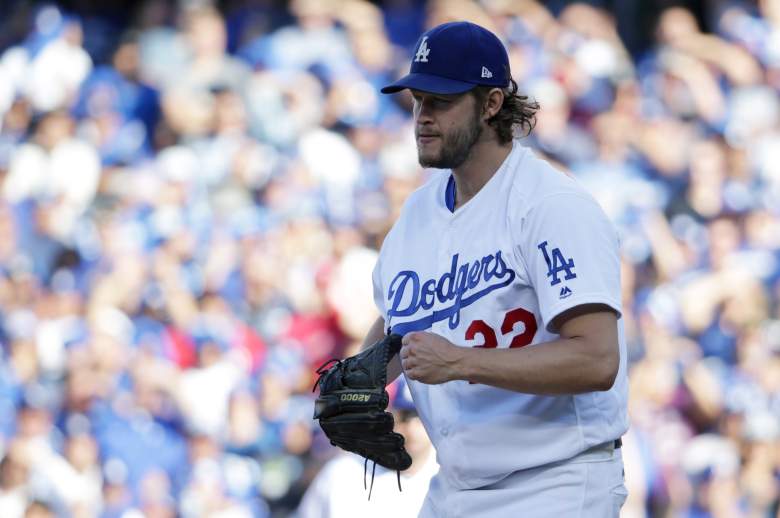 Clayton Kershaw hopes to help the Dodgers even the series tonight. (Getty)

The Los Angeles Dodgers look to even the series against the Chicago Cubs tonight in Game 2 of the NLCS. The game gets started at 8:08 p.m. Eastern on FS1.

Game Preview: Miguel Montero came up big in NLCS Game 1 for the Cubs. His grand slam in the eighth inning broke a tie as the Cubs went on to get the 8-4 victory.

The Dodgers hope to even things up tonight at Wrigley. Clayton Kershaw gets the start for the Dodgers in Game 2. The ace pitcher was 12-4 this season with a 1.69 ERA. Kyle Hendricks will take the mound for the Cubs. He was 16-8 for the year with a 2.13 ERA.

The series will head to Los Angeles on Tuesday for Game 3 followed by Game 4 on Wednesday.

Read More
Chicago Cubs, MLB
The Chicago Cubs take on the Los Angeles Dodgers in NLCS Game 2 tonight at Wrigley. Find out when the game starts and the TV channel you can watch the game.