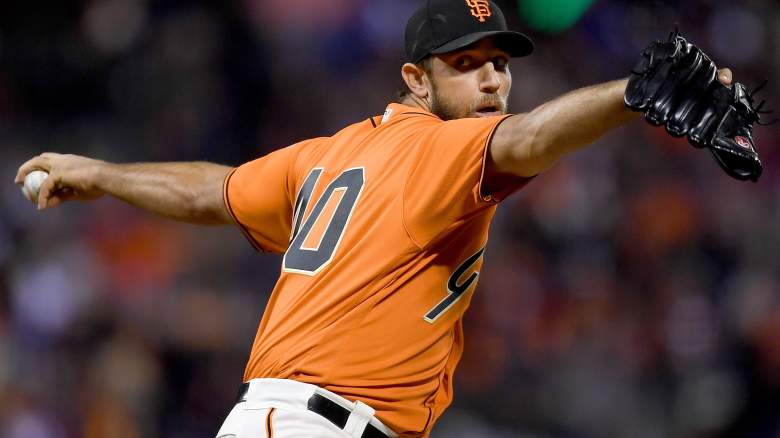 The San Francisco Giants and New York Mets meet in a loser-goes-home playoff battle Wednesday night, with the winner advancing to the NLDS to take on the Chicago Cubs.

Here’s everything you need to know to watch the wild-card matchup:

The hammer-wielding, electric-fastball-throwing Noah Syndergaard, who finished the season with a 2.60 ERA, 1.15 WHIP, a 10.7 SO/9 ratio and an MLB-best 2.29 FIP, will take the mound for the home team.

Syndergaard made two starts against the Giants this season. He was roughed up in May to the tune of four earned runs in 5.2 innings, but he completely shut them down on August 21, striking out six over eight shutout innings.

On the other side, the Giants will turn to Mr. Reliable, Madison Bumgarner, who owns a 2.14 ERA and 0.88 WHIP in 88.1 playoff innings. The last time he pitched in the postseason, he was shutting down the Kansas City Royals in Games 5 and 7 to win the 2014 World Series MVP and his third ring.

Read More
MLB, New York Mets, San Francisco Giants
The Mets take on the Giants for a spot in the NLDS. Here's everything you need to know to watch.