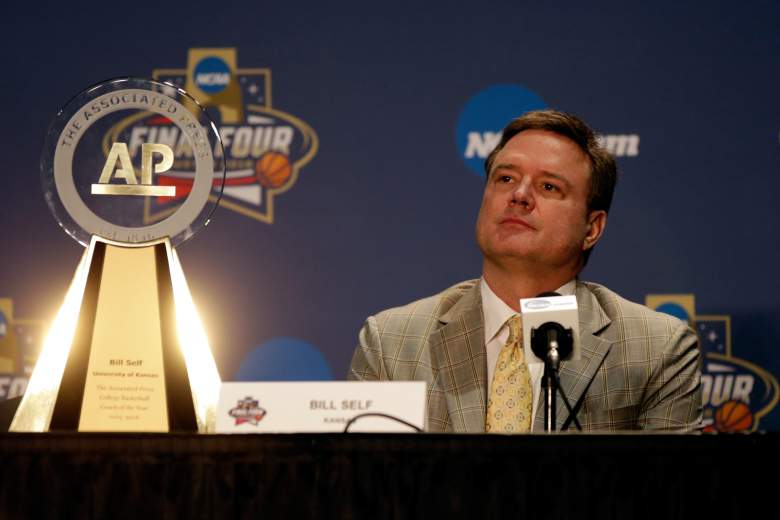 The start of the college basketball season is just a couple away, and it sets up to be an exciting one to say the least. Reigning national champions Villanova did lose key leaders Ryan Arcidiacono and Daniel Ochefu, but the rest of that rotation is back on campus gearing up for another run. Duke and Kentucky have reloaded with the two best recruiting classes in college basketball, and programs such as Kansas, Oregon and North Carolina don’t lack for talent either.

Conference-wise the ACC and Big Ten enter the season as the tops in college basketball on paper, but two power conferences that play true round-robin league schedules in the Big 12 and Big East shouldn’t be overlooked either. With the season right around the corner, here are Heavy’s preseason power rankings with the list going 30 teams deep.

The Wolfpack did lose three of their top five scorers from last season, with point guard Cat Barber turning pro and twins Caleb and Cody Martin transferring to Nevada. But head coach Mark Gottfried and his staff welcome back some key returnees, most notably guards Maverick Rowan (12.9 ppg) and Terry Henderson (redshirted last season) and big men Abdul-Malik Abu (12.9 ppg, 8.8 rpg) and BeeJay Anya, and the newcomers have some talent as well. Five-star freshman point guard Dennis Smith Jr. takes over for Barber at the point, and Omer Yurtseven (who will miss the first nine games) gives NC State another talented option in the front court.

The first season of the Michael White era in Gainesville wasn’t a smooth one, as the Gators went 21-15 overall and 9-9 in SEC play. Florida does have to account for the loss of forward Dorian Finney-Smith, but they’ve got more than enough talent to not only return to the NCAA tournament but also factor into the conference race. Guards Kasey Hill (9.1 ppg, 3.3 apg), KeVaughn Allen (11.6 ppg) and Chris Chiozza (7.2 ppg, 4.3 apg) all return, as do forward Devin Robinson (9.0 ppg, 5.6 rpg) and center John Egbunu (11.5 ppg, 6.4 rpg). Add in a newcomer in grad student Canyon Barry who was among the best shooters in the country at the College of Charleston last season, and Florida has the pieces needed to rebound in a big way.

Steve Fisher’s team have consistently rated among the best defensive teams in America in recent years, but last season they ran into the issue of not having that one marquee offensive piece capable of making things happen on the end of the floor (guys like Jamaal Franklin and Xavier Thames held that responsibility in past seasons). As a result the Aztecs missed out on the NCAA tournament despite dominating the Mountain West during the regular season. That shouldn’t be an issue this year, with Jeremy Hemsley (12.0 ppg), Trey Kell (12.6 ppg) and Malik Pope (7.3 ppg, 5.0 rpg) all a year older, Matt Shrigley back to full strength and a solid group of newcomers that includes grad student Valentine Izundu (a transfer from Washington State, he’ll fill the center spot left vacant by the departure of Skylar Spencer).

Yes the Aggies lost three pivotal pieces in guards Alex Caruso and Danuel House and forward Jalen Jones, and assistant Rick Stansbury leaving to become the head coach at Western Kentucky will have an impact in recruiting. But all four helped place Billy Kennedy’s program in a better spot than it was in before their arrival, which will help the remaining Aggies moving forward. Texas A&M has a really good sophomore class led by Tyler Davis (11.3 ppg, 6.2 rpg) and D.J. Hogg (6.2 ppg), and guards Admon Gilder (7.0 ppg) and Kobie Eubanks will be heard from as well. How this team accounts for the losses of Caruso and House will determine just how good they are, but the talent is there.

Few teams in the country were hit harder by injuries than Dan Hurley’s Rams last season. Guard E.C. Matthews tore his ACL ten minutes into the team’s season opener, and Hassan Martin (12.0 ppg, 5.6 rpg) also missed time due to injury. If the Rams can stay healthy this is one of the best teams in the Atlantic 10, and with players such as Matthews, Jarvis Garrett (12.5 ppg, 4.7 apg) and Jared Terrell (13.6 ppg) on the perimeter and Martin and Kuran Iverson (9.8 ppg, 7.1 rpg) in the front court they have the talent to make some noise in the NCAA tournament.