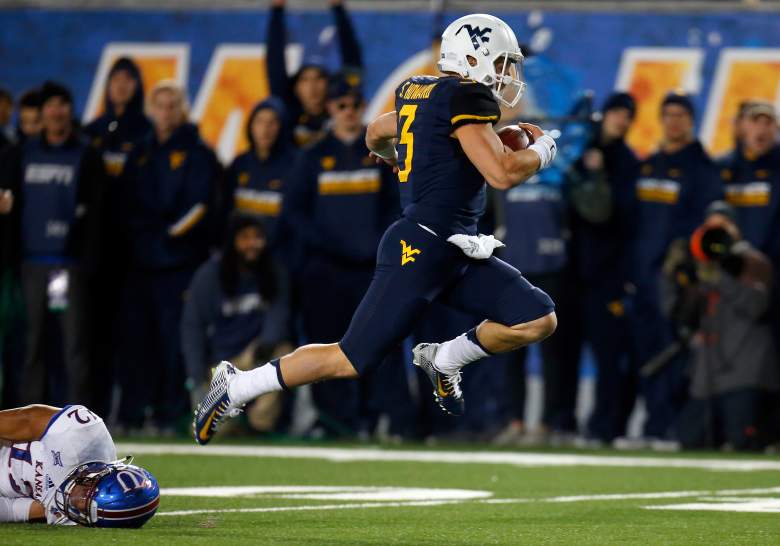 West Virginia take on Oklahoma as a home underdog. (Getty)

Oklahoma travels to Morgantown to take on West Virginia. According to OddsShark, West Virginia enters the contest as a 3.5 point underdog against Oklahoma.

The over-under is set at 66.5 points. The OddsShark computer likes the Sooners to take care of business against the Mountaineers. The computer projects a 43.4-39.2 victory for Oklahoma. The computer is taking Oklahoma to cover the spread and the over on the point total.

West Virginia has had a great season and comes into this contest at 8-1 with their only loss coming at Oklahoma State. Oklahoma has won seven straight games after dropping two of their first three games.

Morgantown is one of the biggest homefield advantages in college football particularly at night. Heavy likes the Mountaineers as home dogs to upset Oklahoma and bring their winning streak to an end. West Virginia’s defense has played a vital role in their success this season and has the ability to slow down Baker Mayfield.

Read More
College Football, Football, Odds, Sports Betting
Oklahoma and West Virginia square off in a Big 12 primetime matchup. Heavy takes a look at the latest Vegas odds and offers a pick against the spread.