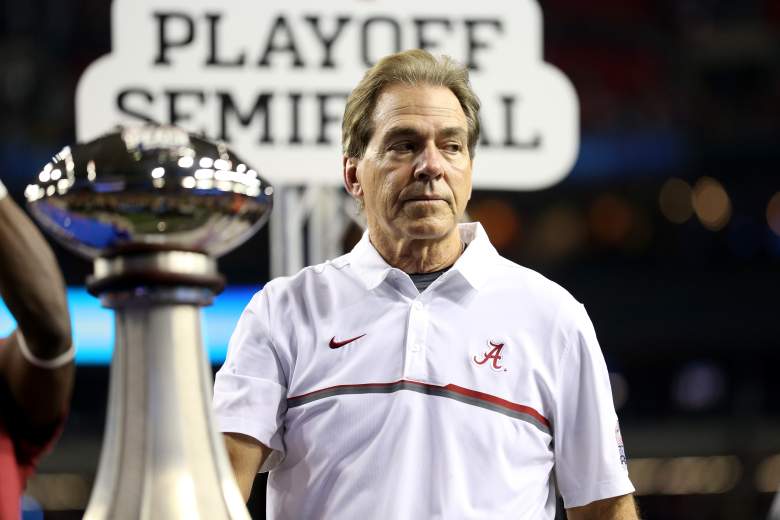 The Alabama Crimson Tide and Clemson Tigers will play in the College Football Playoff championship game on Monday, January 9, 2017 on ESPN at 8:30 p.m. Alabama defeated Washington in the Peach Bowl to advance to the title game. Clemson made short work of Ohio State in the Fiesta Bowl to get a rematch of last season’s championship. Alabama is favored by a touchdown over Clemson.

Alabama entered the playoff as a heavy favorite over the field for the national title. Here’s a look at the opening championship odds courtesy of OddsShark.

The Crimson Tide were a 13.5 point favorite over Washington in the Peach Bowl. Alabama has a defense that not only stops offenses but has had multiple games where it outscores the opposing offense. Their offense did not have its best performance against the Huskies.

Steve Sarkisian will take over the play-calling duties for Lane Kiffin who is the new head coach at FAU. Kiffin was originally expected to coach through the championship game, but Alabama unexpectedly announced he is leaving the team to begin at Florida Atlantic.

Ohio State was a slight favorite over Clemson. The Tigers entered the contest favored by 2.5 points. The line moved towards Clemson in the last 24 hours. Clemson is looking to get back to the championship game to avenge last season’s loss to Alabama.

Heavy likes Washington against the spread, but expects Alabama to still win comfortably in the Peach Bowl. We like Clemson to pull off the slight upset over Ohio State in the Fiesta Bowl to set up a rematch in the national championship.