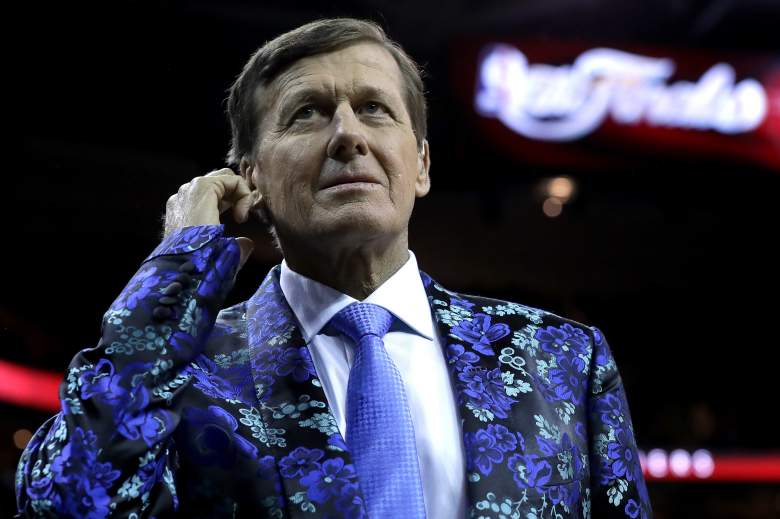 Craig Sager at the 2016 NBA Finals in June (Getty)

With colleague Craig Sager passing away Thursday afternoon from a rare form of leukemia, Thursday night’s doubleheader was the first time since that the “Inside the NBA” crew would be on television. While Ernie Johnson was not present on the set in Atlanta as he was caring for an ill family member, Charles Barkley, Kenny Smith and Shaquille O’Neal all offered their words on what Sager meant to them.

Johnson narrated a tribute video that was shown just before Barkley, Smith and O’Neal spoke on the death of their friend and colleague.

The TNT play-by-play crew of Brian Anderson, Reggie Miller and Dennis Scott, working the game between the Chicago Bulls and Milwaukee Bucks, shared their thoughts on Sager’s life and his impact on others prior to tipoff.

Also paying tribute to Sager, albeit not on TNT, was San Antonio Spurs head coach Gregg Popovich. Well known for his disdain of in-game interviews, Popovich had multiple memorable exchanges with Sager over the years. Prior to the Spurs’ game in Phoenix, Popovich discussed the life of his longtime friend but was too emotional to take questions from the assembled media.

#Spurs coach Gregg Popovich was shaken up on the passing of Craig Sager. Didn't take any questions afterward. pic.twitter.com/cHvzH3R8vb

Also speaking on Sager’s passing were Kevin Garnett and Chris Webber on Garnett’s “Area 21” set, with both also speaking about the late Flip Saunders. Saunders passed away from cancer in October 2015, and he was Garnett’s head coach with the Minnesota Timberwolves during both of Garnett’s stints with the franchise.

Garnett, Webber and Smith also had a segment prior to the TNT broadcast in which they shared their memories of Sager, and Garnett’s classic interview in which he advised Sager to burn the suit he was wearing. 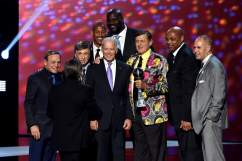 Read More
Basketball, Craig Sager, NBA
Charles, Kenny and Shaq all shared their memories of Craig Sager, with Gregg Popovich doing the same prior to the Spurs' game in Phoenix.