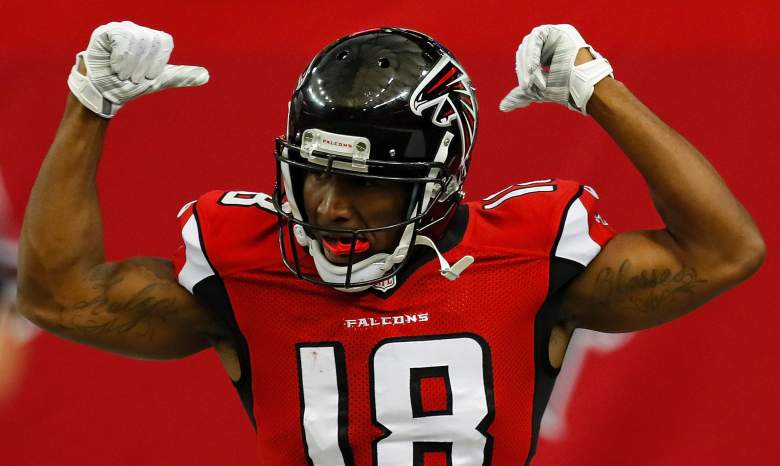 The San Francisco 49ers head east on Sunday to meet the Atlanta Falcons for a Week 15 NFC game.

Game time is set for 4:05 p.m. Eastern at the Georgia Dome and it will be shown on FOX. Thom Brennaman (play-by-play) will be joined by analysts Charles Davis and Chris Spielman in the broadcast booth.

The Falcons (8-5) are tied with the Buccaneers for the NFC South division lead, but Atlanta currently holds the tiebreak. Quarterback Matt Ryan will be without All-Pro receiver Julio Jones once again. Jones has a turf toe injury and missed last week’s 42-14 win over the Rams. Despite missing the contest, Jones leads the NFL in receiving yards with 1,253.

The 49ers have lost 12 straight after winning the season opener. They led the Jets 17-3 at haltime in Week 14, but fell 23-17 in overtime. San Francisco has struggled on both sides of the ball, but especially on defense. The Niners allow a league high 170 rushing yards and 30.2 points per game.

Here are the details for the Falcons-49ers game:

Injuries to Joe Staley and Daniel Kilgore have forced Chip Kelly to shuffle the look of the #49ers front five. https://t.co/fNexWPd94h pic.twitter.com/CxPZ7JDUzG

Read More
Atlanta Falcons, Football, NFL, San Francisco 49ers, TV
The Falcons and 49ers meet Sunday in the Georgia Dome during Week 15. Keep reading to get the game's start time and what TV channel it's on.