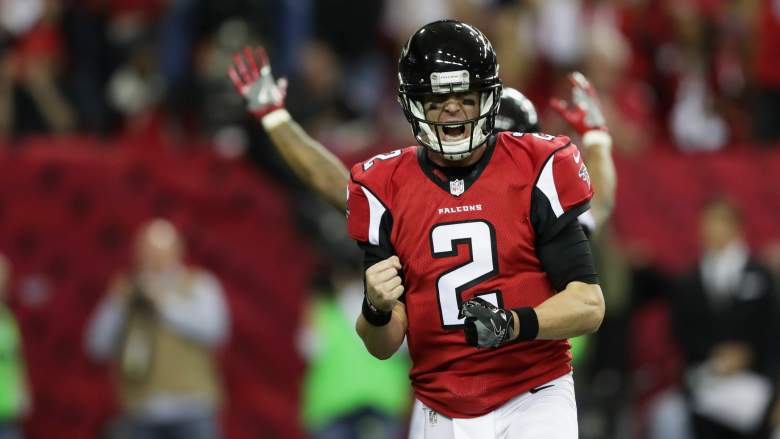 When Aaron Rodgers and Matt Ryan met in Week 8 this season, they combined for 534 passing yards, seven touchdowns and zero interceptions.

Both playing arguably even better than they were back at that point, they entered Sunday’s NFC Championship–which featured a massive over/under of 60 points–expected to put up huge numbers.

Well, one of them didn’t disappoint.

Matt Ryan took the game’s opening drive and absolutely carved up the Green Bay Packers’ defense, marching the ball 80 yards in a methodical fashion and capping the drive with a two-yard dump pass to Mohamed Sanu for the touchdown:

One hand. 2 to Sanu! #RiseUp pic.twitter.com/MdJDfA6kEf

Ryan then finished off the team’s second touchdown drive by himself, scrambling for 14 yards and six points:

Matt Ryan so ❄️ cold but so steaming ? pic.twitter.com/TqzLPBZbYY

As for Rodgers, he moved the ball pretty efficiently at times, mostly connecting with Jordy Nelson and Randall Cobb. Unfortunately for him, the team’s first trip to the red zone resulted in a missed field goal, while the second ended in an Aaron Ripkowski fumble. Things quickly spiraled out of control from there, with the Falcons scoring 31 unanswered points to start the game before Rodgers finally found Davante Adams to stop the bleeding. 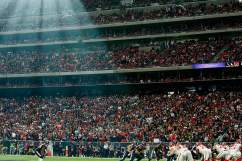 When & Where Is Super Bowl 51 Being Played?