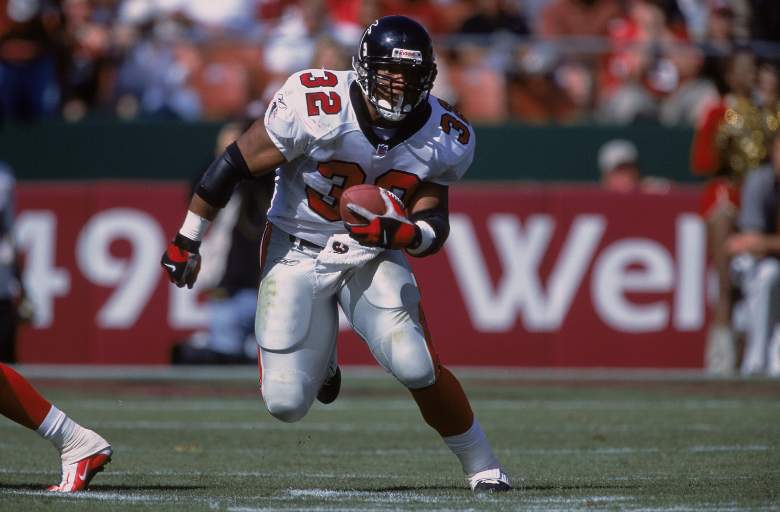 A celebratory dance known as “The Dirty Bird” became a cultural fad tied to the Atlanta Falcons in the late 1990s, and has seen somewhat of a renaissance due to Atlanta’s similar success this season.

It all began in the 1998-99 season, when head coach Dan Reeves led the Falcons to a 14-2 record in the regular season, a NFC West title and a NFC Championship. It was a typical “Cinderella season” as the team had gone just 7-9 in the 1997-98 season.

Much of the reason for Atlanta’s success in the 1998-99 season was running back Jamal Anderson and the Falcons’ offensive line. Anderson came just 154 yards short of 2,000 in the regular season that year, scoring 14 touchdowns. In Atlanta’s two playoff games and the Super Bowl, Anderson rushed for 276 yards and two touchdowns, giving him 2,022 yards and 16 touchdowns that season with the regular season and postseason combined.

As impressive as those numbers were, it was the touchdown celebration dance that really made Anderson famous. After scoring, he would dip up and down, flapping his bent arms like wings in furious fashion. The dance became known as “The Dirty Bird.”

Complex Magazine states that Anderson was inspired to create the dance by another dance move called “That ‘Lo” which originated with his friends at the University of Utah. Falcons tight end O.J. Santiago is credited with popularizing the dance according to the Atlanta Journal-Constitution, but Anderson became popularly familiar with it as he was the dance’s primary performer. Soon, Anderson was enjoying the perks that not only his on-field success but his style brought him.

With Anderson’s personal success, his showmanship in the end zone, and Atlanta’s Cinderella status all combined, they made the perfect recipe to create a cultural fad that the franchise and its fans keep alive now nearly two decades later. The name of the dance has been turned into an official fan song for the team, as well as become part of tailgating traditions for fans. Opposing players have even attempted a mocking version of it when scoring against the Falcons, like the New York Giants’ Hakeem Nicks in 2012.

Dancing and the Falcons have become quite a pair over the past two decades, most recently demonstrated by team owner Arthur Blank’s celebration in the locker room after his team defeated the Seattle Seahawks to advance to today’s NFC Championship Game. An Atlanta win today should be followed by more dancing, and perhaps fans will see The Dirty Bird surface again.