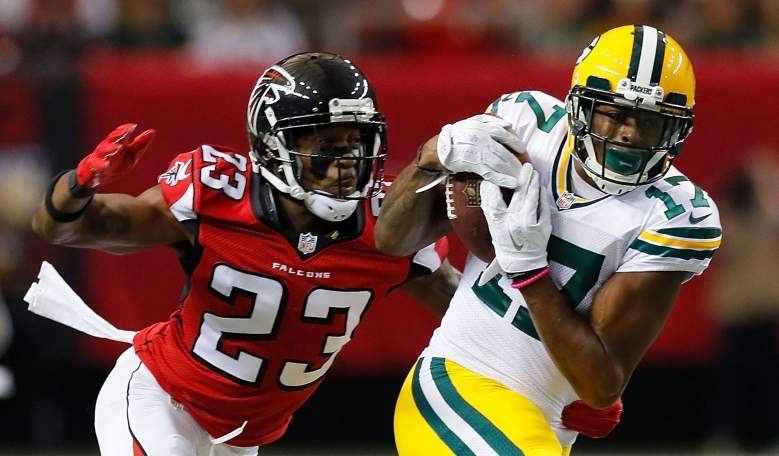 Davante Adams of the Packers pulls in a reception against Robert Alford of the Falcons earlier this season. (Getty)

On one sideline, you’ll have one of the oldest franchises in professional football history.

On the other, one of the youngest.

The Green Bay Packers and Atlanta Falcons meet Sunday in the 2017 NFC Championship Game at the Georgia Dome with a Super Bowl berth on the line.

The Packers began playing in 1919, the Falcons in 1966. Green Bay’s rich history on the gridiron is well-documented and undeniable. Atlanta’s, not as much.

Between 1929 and 1967, the Packers won 11 titles. Since then they’ve hoisted the Lombardi Trophy with two more Super Bowl championships. The Falcons have played in just 1 Super Bowl, back after the 1998 season.

Early Sunday evening we’ll know if the Packers have added another conference title to the franchise’s ever-impressive resume or if the surging Falcons can get back into the big game for the first time in nearly 20 years.

So how do the teams’ histories in the NFC Championship Game stack up? Keep reading to find out.

Away Record in Championship Games: 1-1

Away Record in Championship Games: 2-2