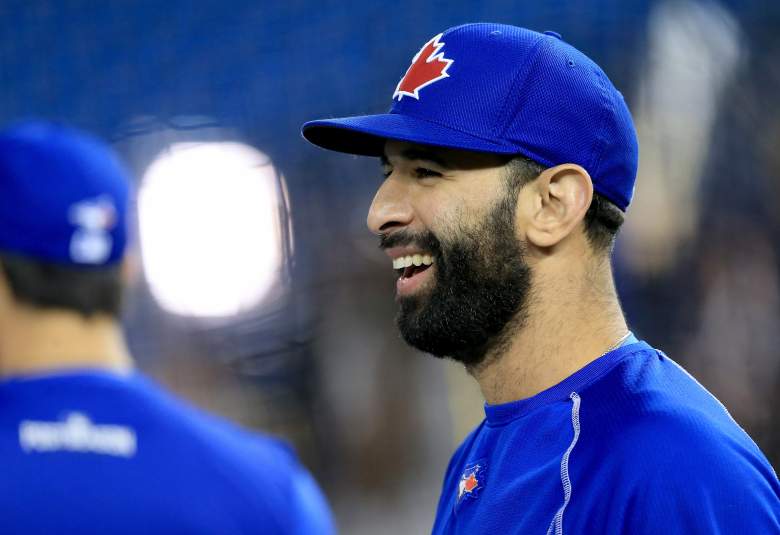 Months of speculation about which Major League Baseball franchise would acquire the services of free agent outfielder José Bautista could be about to end.

Jesse Sanchez of MLB.com reported late Sunday that the team he has spent the past nine seasons with, the Toronto Blue Jays, have emerged as the favorite to re-sign him.

Source: #BlueJays have emerged as the front-runner for Jose Bautista. He's nearing a deal with the club. #Toronto @mlb

On Monday morning, Steve Phillips reported that the deal is for two years.

According to Steve Phillips, #BlueJays are discussing a two-year deal with Jose Bautista.

.@Ken_Rosenthal on the reported two-year deal being discussed by Jose Bautista and the @BlueJays. #MLBNHotStove pic.twitter.com/XRYZkATj1x

Jon Heyman then became the first to add a value to the deal, and added more details about it later in the day.

jays, bautista r finalizing deal. not fully done but expected to be 2 yrs, about $37M. rays, indians have been in bidding.

Lots discussed but Bautista is expected to top the 17.2M qualifying offer if Jays deal is finalized.

Blue Jays pitcher Marcus Stroman seems to believe that the deal is done.

My brother. Back where you belong. Couldn't be happier. Appreciate you for guiding me and always being real! @JoeyBats19 @BlueJays pic.twitter.com/4eJ6VyeNWW

Phillips has since chimed in with this interesting twist.

Which was confirmed later by Rosenthal.

Source: #BlueJays’ deal with Bautista, if completed, will be for one year with a mutual option.

The stove has recently heated up on Bautista, as Spring Training is approaching quickly. Over the past week, Bautista has been connected to talks with the Minnesota Twins, Cleveland Indians and Baltimore Orioles. The interest from other franchises may have been the catalyst that prompted the Blue Jays to take further action to keep Bautista in their clubhouse after losing designated hitter Edwin Encarnación to Cleveland.

If Toronto does bring Bautista back, it would mean that the Blue Jays are not only bringing back an important fan favorite, but also a major contributor in their recent on-field success as well. Bautista has been an All-Star in six of the past seven seasons and won a Silver Slugger twice during that span. 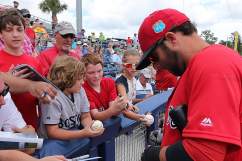