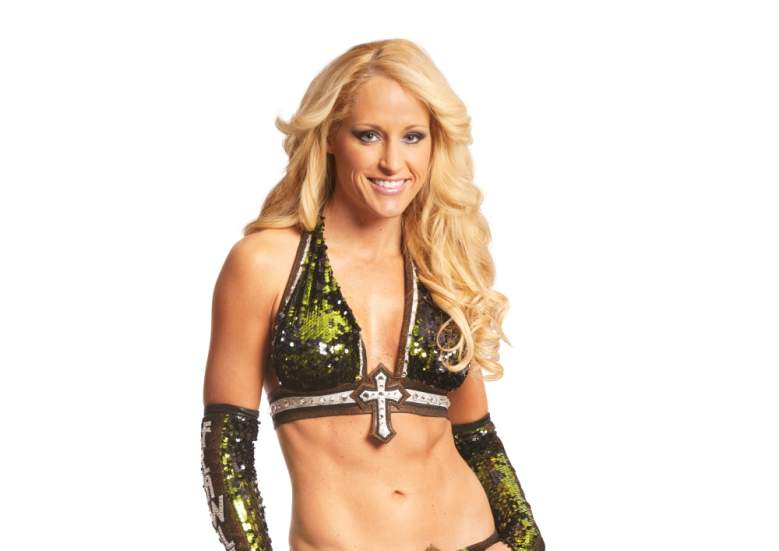 Michelle McCool is married to The Undertaker. (WWE.com)

The Undertaker will return on tonight’s episode of Monday Night Raw.

This comes a few months after the WWE legend appeared on SmackDown Live to warn the male roster that they would face his wrath if they did not win at Survivor Series. Seeing as Team SmackDown was victorious, that wrath never came, but presumably, The Undertaker will appear tonight in order to set up some sort of storyline heading into Royal Rumble at the end of the month. Why he’s appearing on Raw when he’s part of the SmackDown Live roster is unclear.

The Undertaker, whose real name is Mark William Calaway, is 51 years old and is married to Michelle McCool. They met while working together in the WWE, although McCool has since retired from wrestling.

Here’s everything you need to know about Michelle McCool and her relationship with The Undertaker.

1. She Was a Middle School Teacher Before Joining the WWE

Though Michelle McCool grew up watching professional wrestling, she did not immediately enter the industry, as she first spent several years working as a school teacher.

After graduating from Florida State University with a Master’s degree in Educational leadership, McCool spent four years teaching sixth-grade science in Palatka, Florida, according to Slam Sports. But she was still involved in athletics during this time, as she also taught gymnastics, worked as a personal trainer and competed in fitness contests.

McCool’s parents both worked in education, with her mother being a teacher and her father being a superintendent.

2. She Is a Two-Time Diva’s Champion & Women’s Champion 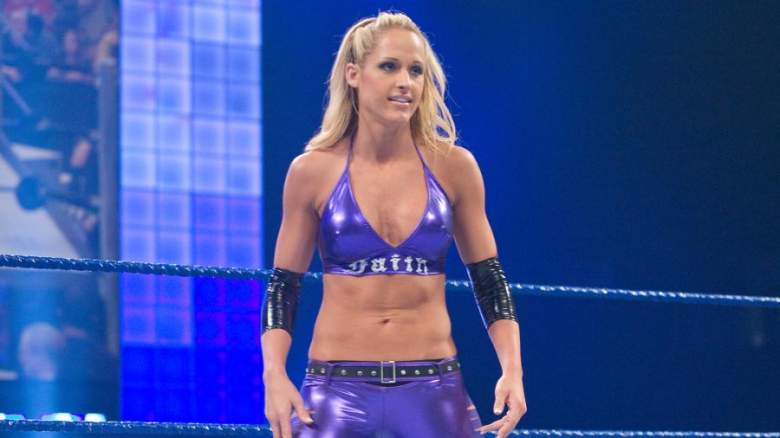 At 24 years old, during the summer of 2004, Michelle McCool decided to participate in a Raw Diva’s Search. She did quite well but ended up placing in seventh and being eliminated; the winner was Christy Hemme. However, the WWE liked McCool so much that they signed her anyway. She made her debut on SmackDown that November; she played a fitness trainer character, which made sense considering she was a fitness trainer in real life.

McCool didn’t make her in-ring debut, however, for another four months. In March 2005, she and The Big Show fought René Duprée and Dawn Marie in a tag team match. McCool later fought Dawn Marie in a one-on-one match and lost. Over the next few months, the WWE transferred McCool to Deep South Wrestling and then to Ohio Valley Wrestling. When she returned to SmackDown, she portrayed a heel teacher character; once again, she was drawing on her personal experience. She eventually partned up with K. C. James and Idol Stevens to form The Teacher’s Pets, with McCool dressing as a sexy teacher.

McCool decided to retire from professional wrestling in 2011, saying that she “found myself beginning to week after week, not look forward to going to work as much as I should have, as much as I used to in the past and I started getting a bad taste in my mouth for a business that I absolutely love with all my heart.”

Michelle McCool has been married to Mark Calaway, a.k.a. The Undertaker, for seven years. They began dating in late 2007 and were married in June 2010, according to PWPIX.

Over the course of her career, McCool has had to fight back against the perception that she got to where she did because of her relationship with The Undertaker.

This is McCool’s second marriage, as she was previously married to her high school sweetheart, Jeremy Alexander. McCool and Alexander divorced in 2006. The Undertaker has been married twice before, wedding Jodi Lynn in 1989 and Sara Frank in 2000.

4. She & The Undertaker Have a Four-Year-Old Daughter

❤️she might be slightly obsessed at age 4! Jumped off ropes, wrestled her "friends" , got hugged by Baylee & screamed til she was hoarse! #wemaybeintrouble #DIVA #inmorewaysthanone

McCool and The Undertaker have one daughter together: Kaia Faith Calaway, who is currently four years old. However, The Undertaker has three children from his previous marriages: Gunner from his first marriage and Chasey and Gracie from his second marriage.

Kaia Faith Calaway is already into professional wrestling, with McCool writing on Instagram that her daughter is “slightly obsessed” with it. In particular, she’s a big fan of Bayley and even got a hug from her at a Monday Night Raw taping in December.

In fact, during a recent trip to the beach, Kaia constructed herself not a sand castle but a sand wrestling ring.

You COMPLETELY realize it might be in her blood when your 4-year old daughter wants to build "a sand boom boom (AKA wrestling ring)" on the beach…..not to mention "can we go to condo & get classy (Freddy) blassie" ? #myheart #boomboom #getsithonestly ?

McCool and Calaway also have a golden retriever named Roscoe.

You know the TX heat is bad when I'm dragging ole Roscoe!!! #pooltime

Hey kids! Wear yo sunscreen & you won't have to have holes cut out of your body due to skin cancer! #ifiknewnow #SUNSCREEN #alldayeveryday

Michelle McCool announced last year that she had been diagnosed with skin cancer.

In an Instagram post in August 2016, McCool warned her followers to wear sunscreen or else they would have to cut holes out of their body like her.

McCool has faced a number of wrestling-related injuries over the years. In 2006, she was hospitalized for over two weeks after breaking her sternum and losing sodium in her body due to drinking too much water. She would later look back at this time as the scare of her life, saying she legitimately was not sure if she was going to live or die. She lost 26 pounds during this hospital stay and could not walk for about three months, she recounted in 2011.

“That’s something that I don’t wish upon anybody, and I thank my lucky stars every single day that I came out okay,” she said.

During her time with the WWE, McCool also broke her nose, two ribs, and a toe, in addition to tearing joint capsules and an MCL.