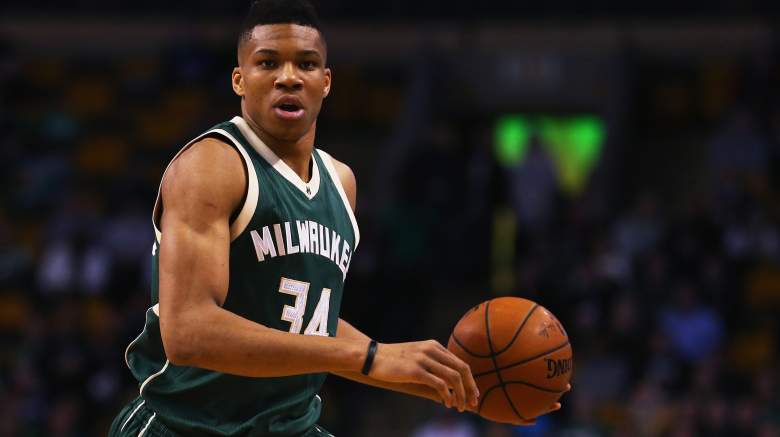 The 2017 NBA All-Star game starters will be announced Thursday night, and while many of the names will be familiar ones, there could be some young guns joining the show.

Milwaukee Bucks 22-year-old superstar Giannis Antetokounmpo is currently second among East forwards in fan voting, and considering he’s averaging an absurd 23.4 points, 8.6 rebounds, 5.6 assists, 2.1 blocks and 1.8 steals per night, it would be a major shock if he didn’t get the requisite player and media vote to be named to his first All-Star game.

Joel Embiid is another newcomer who could potentially crack the starting lineup. With LeBron James a sure bet to be named a starter, the talented Philadelphia 76ers rookie would have to leap Kevin Love and hold off Jimmy Butler, but he’s certainly been putting in the campaign work to go with 19.7 points, 7.7 rebounds and 2.4 blocks in just 25.3 minutes per contest.

Here’s a look at when and where to watch the All-Star starters announcement show, as well as other information to know:

How Starters are Determined: In years past, the starters were voted on by only the fans, but that’s no longer the case. Now, fans will account for 50 percent of the vote, while NBA players and a select group of basketball media will each account for 25 percent. So, while Zaza Pachulia is leading among the fans, his projected low number of votes from players and media means he almost assuredly won’t be named a starter.

Read More
NBA, NBA All-Star Game
Find and when and where to watch the NBA All-Star starters announcement show, where the top five East and West players will be revealed.