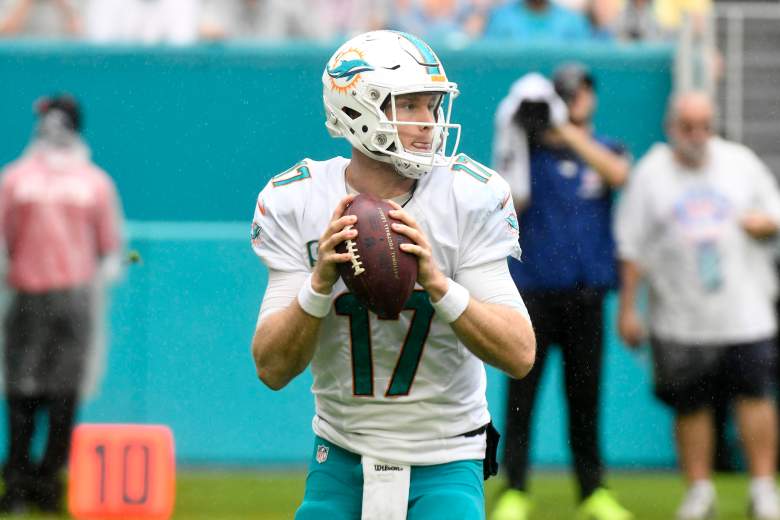 Quarterback Ryan Tannehill continues to be listed as inactive for the Miami Dolphins as the team begins its 2017 postseason in Pittsburgh against the Steelers on Sunday.

Tannehill injured his left knee on December 11 in the third quarter of a game against the Arizona Cardinals, and the team originally feared that he tore his ACL. Those fears were calmed, however, when the official diagnosis was downgraded to a sprain of both the ACL and MCL just two days later. While that meant that Tannehill was unlikely to play for the rest of the regular season, it also signaled that he wouldn’t need immediate surgery.

The Dolphins have since taken an approach of an “ongoing process to figure out the right thing to do” according to Miami head coach Adam Gase, which has included holding Tannehill out of every game and until last Friday, every practice. This past Friday Tannehill was on the field for practice in a limited capacity, and also talked to the press for the first time since the injury. While Tannehill said that he has been making progress, he said that surgery in the off-season for the injury hasn’t been ruled out and the likelihood of him playing in the postseason is unknown.

Tannehill’s continued recovery means that Miami will continue to go with Matt Moore at quarterback against the Steelers to start the playoffs. Moore has made every start since Week 15 for the Dolphins, and led the team to a 2-1 record in those three games. Moore has thrown for eight touchdowns and 674 yards while completing 52 of 82 pass attempts in his three starts.

If Miami should get the road win on Sunday, it’s uncertain whether or not Tannehill would be available for the following week’s playoff game. Not only would the Dolphins have to take into consideration whether playing Tannehill could make his injury career-threatening, but upsetting a team chemistry that would have produced three wins in four games including a road postseason victory in that scenario.

Read More
Miami Dolphins, NFL, NFL playoffs
Miami Dolphins quarterback Ryan Tannehill will continue to be unavailable for his team as it begins the 2017 postseason with a Wild Card game in Pittsburgh against the Steelers.