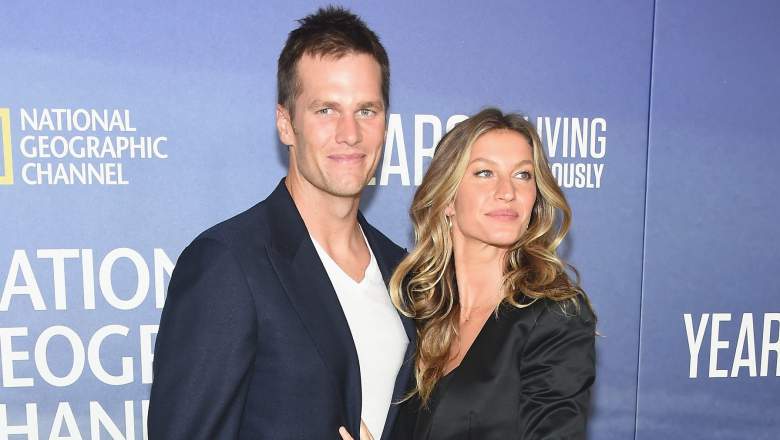 New England Patriots quarterback Tom Brady may be a three-time Super Bowl MVP and one of the greatest quarterbacks in NFL history, but the other members of his family are no strangers to success, either.

His wife, Gisele Bündchen, is so famous that she’s known by one name worldwide. His three older sisters were all collegiate athletes. His brother-in-law, Kevin Youkilis, was a three-time MLB All-Star.

Here’s a complete rundown on the 39-year-old’s support system:

1. His Wife Is an International Icon

Brady and Gisele, who were originally set up on a blind date by a mutual friend, married on February 26, 2009, in Santa Monica, California.

For a couple of multi-millionaires, it was a modest celebration, as Brady would later explain:

We went back to the house and I barbecued aged New York strips. We had champagne, a cake, some ice cream. It was a great night. I think you always have this idea that weddings need to be 200 people and you invite everybody, and I’m all for it if people want to do that, but I think there was really something special about just having our parents there.

Gisele, 36, is one of the most famous models in history. After appearing on over 1,200 magazine covers and doing more than 470 fashion shows during her 20-plus year career, she now focuses on family and various philanthropic efforts.

Her net worth is estimated at well north of $300 million.

As if remaining one of the best quarterbacks in the league into your late-30’s wasn’t already difficult enough, Brady also has three kids in tow.

He and Gisele have two children together (seven-year-old son Benjamin and four-year-old daughter Vivian Lake), while he has also a son (nine-year-old John Edward Thomas) from his previous relationship with actress Bridget Moynahan.

Admits Brady, he tries to be strict with his children but doesn’t have much success when it comes to his daughter:

I let my daughter do basically anything she wants, which is a little bit of a problem in the house. The boys I’m definitely tougher on, but it’s so hard with a little 3-year-old girl (now 4) who just look at you and smiles and she knows exactly what to say to get her dad to do exactly what she wants. They’re so sweet. They’re just the sweetest kids.

3. Brady Got His Competitive Drive From His Father

Brady, the youngest of four children, was raised in San Mateo, California, by his parents, Tom Sr. and Galynn.

As his father explains, he was responsible for the young Brady’s competitive spirit:

My fault. I started it. Everything we did, and I mean everything, like running home from church, throwing a rock the farthest … Everything was a competition. I guess it made things really fun, at least for the winner.

He was 11 and we’re playing golf before going to a San Francisco Giants baseball game. And I’ve beaten him on every hole. We have these bets where I lose a dollar or he has to wash my car. And about the seventh hole, after several double-or-nothings, he owes me about 50 car washes.

He hit a bad shot and throws his club halfway down the fairway. I was ticked off. I told him to get his club and go back the car and wait for me until I finished. I get to the car and he’s crying his eyes out.

Brady’s parents have lived in the same family home for more than 40 years.

4. His 3 Older Sisters All Played Sports in College

Athleticism clearly runs in the family.

Brady’s oldest sister, Maureen, was a softball superstar. She threw a ludicrous 14 perfect games in high school before making her way to Fresno State, where she would become an All-American and lead the country in wins as a junior.

“Tom was very good,” said his former teammate, John Kirby. “But in high school, Maureen was the best. She was incredible. I remember hearing so many stories about her dominance, game after game.”

The second oldest sister, Julie, played soccer at St. Mary’s College, while Nancy, who is a year older than Brady, earned a scholarship to play softball at the University of California.

And the athletic gifts have already been passed down to the family’s next generation. Brady’s niece, Maya (Maureen’s daughter), is a rising softball star and committed to UCLA last year despite only being a freshman.

5. His Brother-in-Law is Kevin Youkilis 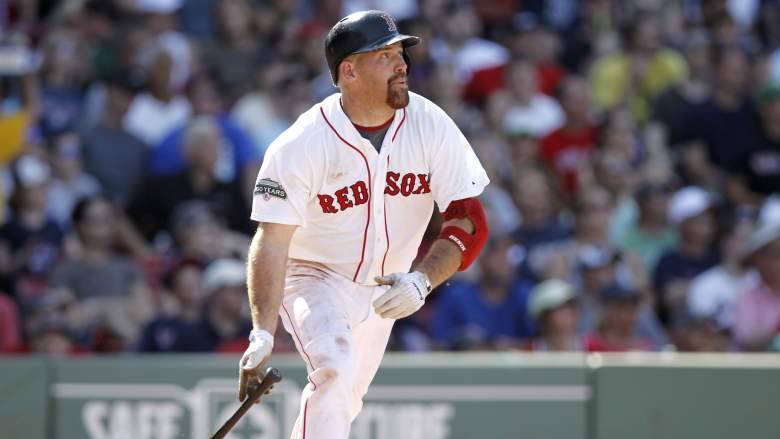 BOSTON, MA – JUNE 24: Kevin Youkilis #20 of the Boston Red Sox watches a hit during the interleague game against the Atlanta Braves at Fenway Park on June 23, 2012 in Boston, Massachusetts. (Photo by Winslow Townson/Getty Images)