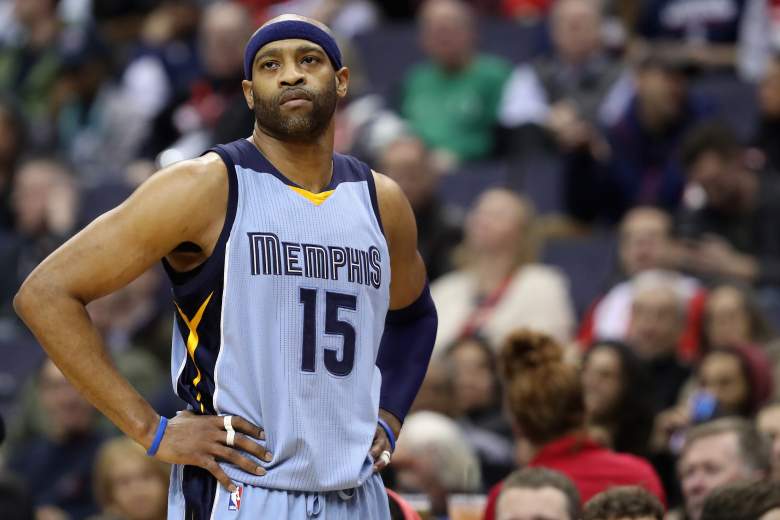 Vincent Lamar Carter, Jr. was born on January 26, 1977 in Daytona, Florida. A cousin of former NBA player Tracy McGrady, the now 40-year-old Carter attended the University of North Carolina and then was drafted fifth overall by the Golden State Warriors in 1998. Carter was immediately traded to the Toronto Raptors for Antawn Jamison, and the rest has become history.

Since Carter made his NBA debut on February 5, 1999, here are 40 things that have changed in the NBA and the world as Carter’s 18-season career has elapsed:

1. Carter has played for five other teams besides Toronto, which include the Dallas Mavericks, the Memphis Grizzlies (his current team), the New Jersey Nets, the Orlando Magic and the Phoenix Suns.
2. The human population of the Earth surpassed 6 billion individuals.
3. Three different United States presidents have sat in office.
4. The euro replaced traditional currency in 11 European countries.
5. Lance Armstrong won – and was stripped of – seven Tour de France titles.
6. Vladimir Putin came into power in Russia.
7. The United States women’s soccer team won the World Cup twice.
8. Myspace became an internet phenomenon and faded away.
9. Five Star Wars live action feature films have been released (Episode I, Episode II, Episode III, Episode VII and Rogue One).
10. Justin Bieber and Taylor Swift were introduced to the world.
11. The average price of a gallon of gas rose from $1.22 to $2.29.
12. Bill Gates resigned as Microsoft CEO.
13. Facebook, Twitter and YouTube revolutionized social media.
14. The Matrix trilogy began and was completed.
15. The Sony Playstation has gone through three incarnations.
16. The average cost of a home escalated from $131,750 to $186,000.
17. Mad Cow Disease caused European countries to ban beef from the United States.
18. Napster became widely popular and then died in litigation.
19. Elizabeth Smart was kidnapped and found a year later.
20. The Department of Homeland Security was created.
21. Possession of Hong Kong transferred back to China.
22. Tiger Woods completed the career grand slam.
23. Bluetooth has enabled devices to transit information over the air.
24. The Mars Odyssey probe found evidence of huge ice deposits on the red planet.
25. American Idol has come and gone.
26. The average price of a loaf of bread has actually decreased from $1.49 to $1.40.
27. The ILOVEYOU e-mail virus pillaged and was conquered.
28. The iPhone, iPod and iPad were invented.
29. Nickelback hit the height of its popularity.
30. Arnold Schwarzenegger was elected governor of California.
31. Same-sex marriage was legalized in the United States.
32. Wikipedia was born.
33. The Y2K scare was determined to be an unfounded concern.
34. Sheep and horses have successfully been cloned.
35. The Boston Red Sox and Chicago Cubs have both rid themselves of curses.
36. Five Summer Olympics and four Winter Olympics games were played.
37. Regis Philbin began and stopped asking Who Wants to Be a Millionaire.
38. Betty White has outlived Carrie Fisher, George Michaels and Robin Williams.
39. Martha Stewart spent five months in prison.
40. Vince Carter was crowned as champion of the 2000 NBA Slam Dunk Contest.

A lot of things have changed, but what remains true to this day is that fans love watching Carter play. 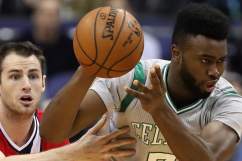 Read More
Basketball, NBA
Vince Carter turns 40 on Thursday, and a lot has changed since he was drafted in 1998.