For 2017’s installment of WWE’s most high-stakes battle royal, a who’s who of current wrestling Superstars will participate. Goldberg, Brock Lesnar, The Undertaker, Seth Rollins, Chris Jericho and several other big name competitors will battle it out for a rich prize. That prize for the eventual winner will be a World Championship title match shot match that will take place at WrestleMania 33. Along with this event’s marquee main event, several singles championship will be up for grabs during the matches that will take place before the big Royal Rumble.

Now’s the perfect time to look into each matchup and determine our picks for the winners of each one at the 2017 Royal Rumble.

Predictions & Winner: Banks had to take a step down from #1 WWE Raw Women’s Championship contender after she relinquished it back to Charlotte. Her weakened state put her right in the headlights of the super intimidating Nia Jax. For the last couple of weeks, Nia has attacked the smaller Banks at every turn and made her less of a weekly competitor on Raw. Now we think it’s about time that Banks taps into her rage and gets the revenge she’s so desperately wanted on Jax. This match will be mostly Jax beating Banks into oblivion, but Banks will pull away with the shocking win after some form of surprise roll-up pin. Jax won’t take too kindly to this, which will cause her to rampage all over Banks after the bell rings. This feud won’t end at the Royal Rumble, folks…

Predictions & Winners: Quite the stipulation we have here, huh? Due to the controversy surrounding their last meeting, two referees have been put on duty to make sure nothing controversial happens again. Gallows and Anderson have been in a rebuilding stage ever since their flop of a comedy run against The New Day last summer. Cesaro and Sheamus as strange WWE Raw Tag Team Championship bedfellows has been intriguing to watch, so this title feud between both teams has been on our radar ever since it began. While we think Gallows and Anderson are long overdue for a tag team title run, it’s much too early to take those titles away from Cesaro and Sheamus. So don’t be surprised to see those two men retain their titles after a hotly contested Kickoff Match.

Predictions & Winner: Evil Neville is a godsend. While the Cruiserweight Division has struggled to truly matter on Raw, its gotten a shot in the arm thanks to Neville’s newfound heel antics. He’s been built up strongly ever since his re-introduction to the main roster and he’s heading to a showdown with the current Cruiserweight Champion. Rich Swann has been one of the more charismatic and super easy to cheer for personalities from the entire division. We’ve enjoyed his run as champion thus far and we honestly don’t see it coming to an end at the Royal Rumble. Expect this match to go the distance and be the high-flying spectacle it’s being promoted as. But Swann will catch Neville off guard with a quick pin of some kind and keep his title intact. Neville will be furious, of course. He’ll beat down Swann after the final bell, causing this beef to carry over into February for a rematch of some kind. 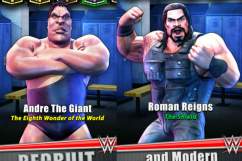 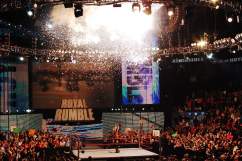