Aaron Gordon and Zach LaVine collaborated to give fans one of the best slam dunk contests in recent memory back in 2016. LaVine is absent from the 2017 contest but fans can relive last year’s duel with these highlights.

The duo was also joined by Will Barton and Andre Drummond. Gordon and LaVine quickly separated from the pack to show they were the best dunkers of the night as they advanced to the finals.

While the above video features the entire dunk contest, you can check out just Gordon and LaVine’s dunks here:

It was a contest that could have gone to either player, but LaVine ultimately won his second straight contest. Gordon used the Orlando Magic mascot Stuff as a prop.

Gordon ended up hurdling the mascot while at the same time grabbing the basketball he was holding. This photo is a great look of Gordon literally sitting in mid-air over Stuff: 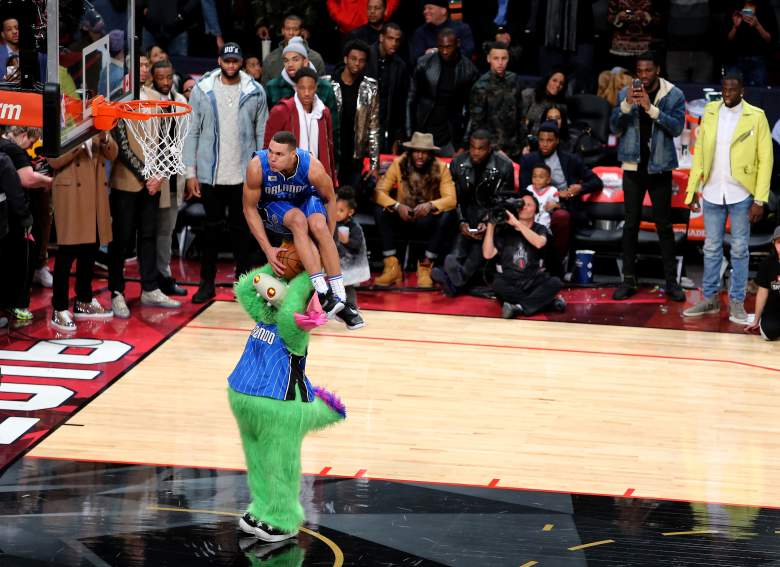 One of LaVine’s best dunks involved LaVine going between his legs and finishing with a reverse slam dunk. His final dunk was another between the legs slam. LaVine ended up winning the contest, but it was not without controversy. Gordon had arguably the best and most creative dunks of the night with the assistance of Stuff.

Gordon gets a chance for redemption in the 2017 contest, but will not be able to compete with LaVine. He is sidelined with a torn ACL injury but had already said he would not participate in this year’s contest. Gordon is joined by DeAndre Jordan, Greg Robinson III and Derrick Jones Jr. in this year’s contest.