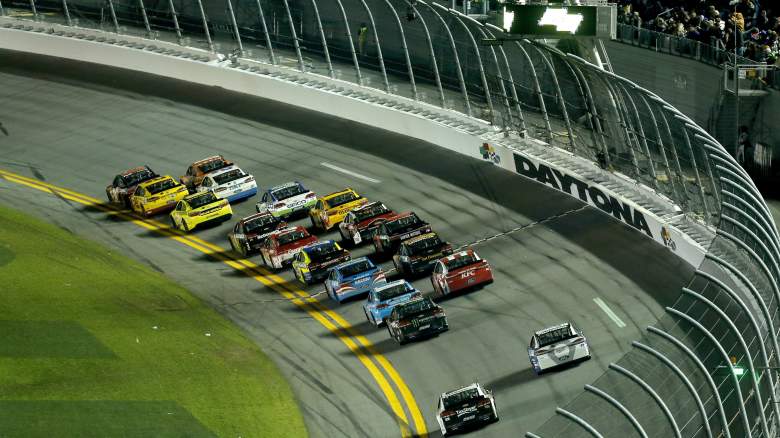 The 2017 NASCAR season kicks off with the Clash at Daytona Saturday night. (Getty)

Though the Daytona 500 may still be a week away, the NASCAR season unofficially gets started on Saturday night with the 2017 Clash at Daytona.

Previously named the Budweiser Shootout and Sprint Unlimited, the Clash is a 75-lap race at Daytona International Speedway that will feature 17 drivers who qualified by being a pole winner last season, a former Daytona 500 pole winner, a former Clash race winner or a Chase-qualified driver last season. It may not award points, but it’s an entertaining way for racing fans to whet their appetite.

Though it may not be an official points-paying race, don’t underestimate the Clash as an important indicator of what’s to come at Daytona International Speedway a week later.

Last year’s winner of this race, Denny Hamlin, went on to secure his first Daytona 500 victory a week later in thrilling fashion:

That said, it’s still an exhibition for the fans. There are fewer cars, more aggressive driving and more wrecks, which tends to mean minimal preparation from teams.

“That race is usually a race of attrition,” said Hamlin. “There’s usually a lot of wrecks, and a lot of it is because we’re rusty.

“These teams got to where they don’t like to run a whole lot of practice because they tear up race cars and then you’re building another race car that you really don’t need to.”

No matter how much importance you put in this race, it signals one very important thing. NASCAR is back.