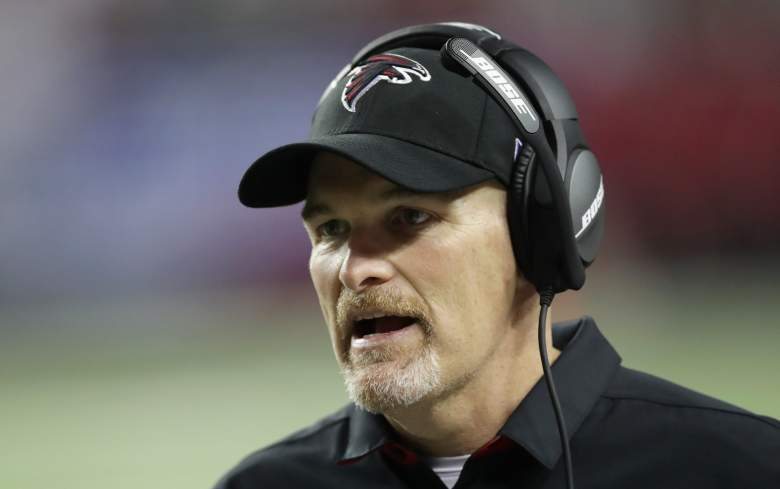 Dan Quinn has used family, faith and strong morals — and, of course, a top-notch defensive mind — to rise the ranks to become the head coach of the Atlanta Falcons.

And now Quinn, 46, has his team one victory away from the franchise’s first Super Bowl title.

Along with his wife, Quinn also gives back to the community through their charity.

Keep reading to learn more about Quinn, his wife and family: 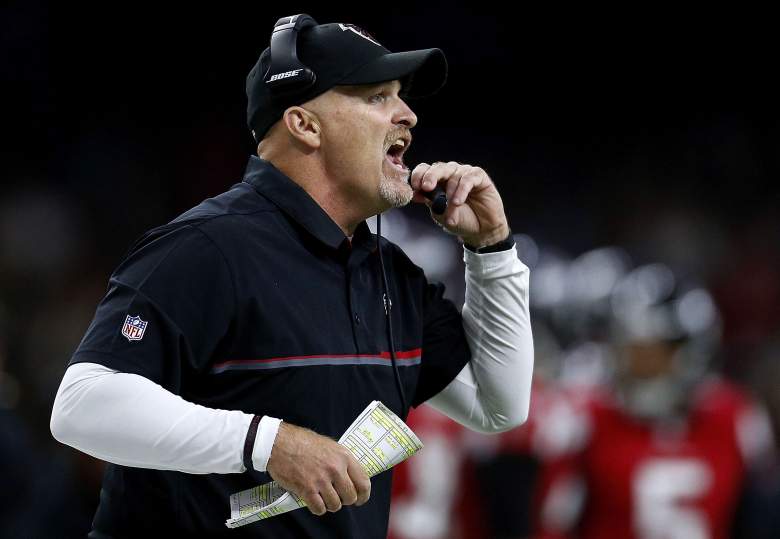 Dan Quinn was born September 11, 1970, the last child to Jim and Sue Quinn in Morristown, New Jersey. He has five older siblings — four brothers (Mike, Peter, Brian and Tim) and a sister (Maribeth).

The family were very religious, attending Catholic Mass every Sunday.

Quinn attended Morristown High School, where he was quite a popular guy.

In addition to starring on the football team, Quinn was also a member of the track team. But his success was seen off the field as well.

Quinn was also the class secretary and the homecoming king.

One of his former teachers and coaches, John Bodnarchuk, told NFL.com:

What a nice, nice young man. Unassuming. Just, that’s what I remember about Danny. A nice, quiet young man who went about his business. You’d never think he’d have the personality to rise to the position he’s in now because of his low key-ness, but God bless him, I’m as proud of him as anyone.

2. He Played Football at Salisbury State

Falcons coach Dan Quinn has been chosen as the Salute to Service Award recipient by the NFL and USAA. pic.twitter.com/9NDc3OGasl

There he played defensive line on the football team from 1990-93, starting all four years, and was a two-time captain.

He really stood out on the track and field team, which he also captained for a season. In his senior year, Quinn was named All Mason-Dixon for his record breaking hammer throw (168.8 feet). That season he also participated in the NCAA Track & Field Championships.

Quinn was recognized by the school in 2005, when he was inducted into the Salisbury University Athletics Hall of Fame. 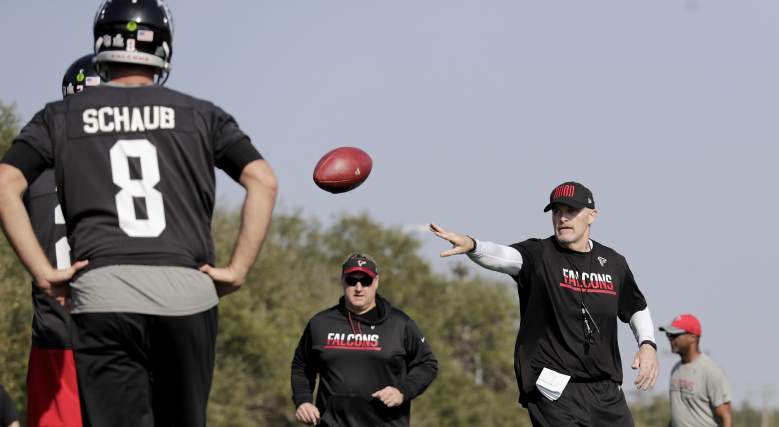 Quinn was not going to be a professional athlete, so he got into coaching right after graduating Salisbury in 1994. His first job was at William & Mary College, coaching the defensive line for a season. The following year in 1995, he held the same position at Virginia Military Institute.

The next season, Quinn moved on to Hofstra, who has since ended its football program. From 1996-99, he coached the defensive line, then was promoted to defensive coordinator in 2000.

Then the NFL came knocking. Quinn was hired by Steve Mariucci as the defensive quality control coordinator for the San Francisco 49ers. After two seasons, he was promoted to defensive line coach, a position he held for two more years before leaving for the Miami Dolphins in the same capacity.

After two seasons in South Beach, Quinn joined Eric Mangini’s New York Jets staff. After two seasons as the defensive line coach, Quinn joined Pete Carroll in Seattle as the Seahawks’ assistant head coach and DL coach. Quinn did a two-year stint as the defensive coordinator at the University of Florida before reuniting with Carroll as the DC in 2013.

On February 15, 2005, Quinn agreed to become the head coach of the Atlanta Falcons. 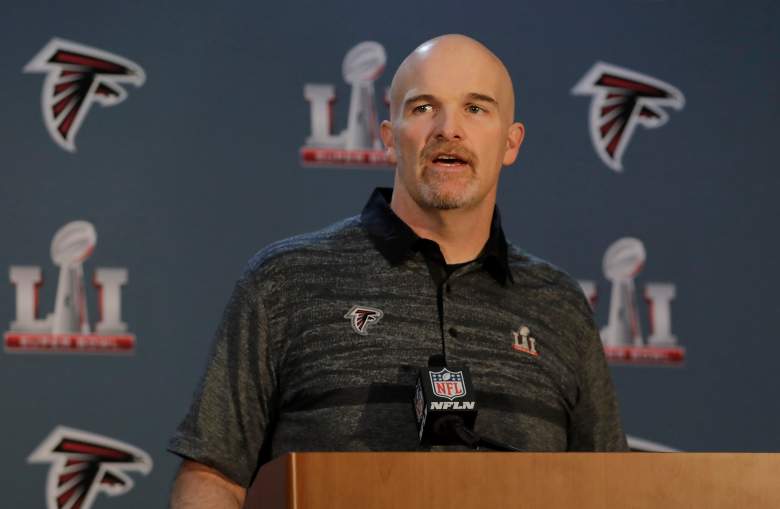 Quinn has been married to wife Stacey for about 20 years.

Quinn’s Corps was established in 2005 by Dan and Stacey Quinn. This charitable foundation serves members of the military both at home and abroad. Quinn’s Corps foundation provides military families that are stateside with tickets to games while sending special care packages to soldiers that are deployed overseas.

5. Quinn has Coached in 3 of the Past 4 Super Bowls 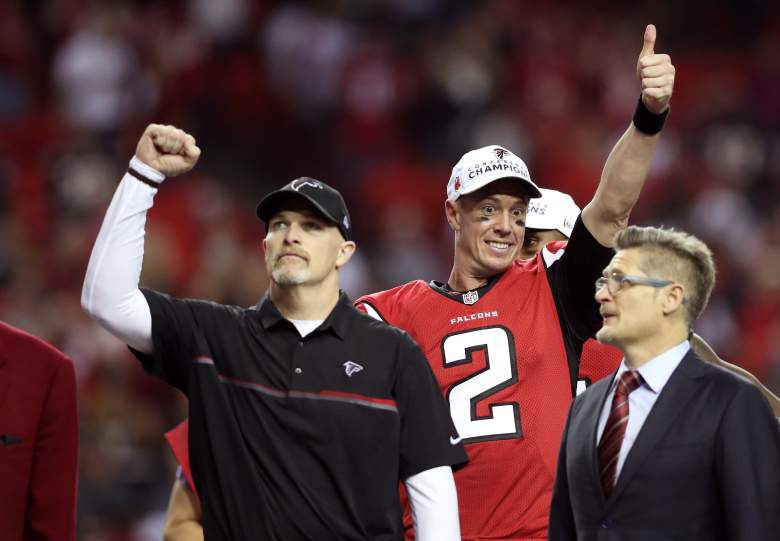 Quinn has coached under some of the brighter minds in the football business — Steve Mariucci, Nick Saban and Pete Carroll, to name a few.

The past handful of years have been quite rewarding for Quinn.

When Quinn re-joined the Seahawks in 2013, his defenses became one of the best in the NFL. Seattle made back-to-back Super Bowl appearances in 2013 and 2014, and Quinn’s units had the No. 1 defenses in the league both seasons.

Quinn’s crew shut down Peyton Manning and the Broncos 43-8 in Super Bowl 48 at MetLife Stadium. Manning threw for 55 touchdowns and 10 interceptions that season. In that game, he threw 1 TD, 2 INTs and lost a fumble.

Seattle almost made it two in a row, but lost Super Bowl 49 on a last-second goal-line interception by Malcolm Butler of the New England Patriots. The Pats won 28-24.

Quinn’s standout defenses made him a head coaching hot commodity. He interviewed with the Jets, but ended up with the Falcons. His first year in Atlanta, his team started 5-0, but ended 8-8 and missed the playoffs.

In second year, a win away from the franchise’s first NFL title.

So if you’re counting at home, Quinn has been in three of the past 4 Super Bowls.

And in Super Bowl 51, Quinn will see a familiar foe; those same Patriots who knocked them off in SB 49.