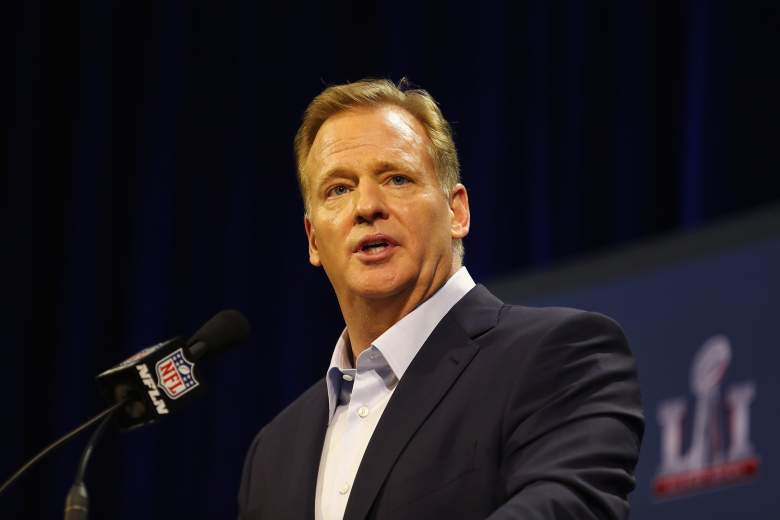 Donald Trump recently gave an interview to Mark Leibovich of the New York Times Magazine, and when he was asked about NFL Commissioner Roger Goodell, he didn’t hold back.

It’s been widely publicized that Trump is good friends with New England Patriots coach Bill Belichick, owner Bill Kraft and quarterback Tom Brady. In the article, Trump goes on to say that he advised Kraft to sue the NFL over the “Deflategate” scandal.

It’s unknown whether Trump will be in attendance on Sunday when New England faces the Atlanta Falcons in Super Bowl 51 in Houston, Texas. It’s pretty clear who he will be rooting for in the game either way, though.

Read More
Donald Turmp, NFL, Roger Goodell
Donald Trump was recently interviewed by the New York Times, and he didn't hold back on his opinions about NFL Commissioner Roger Goodell.