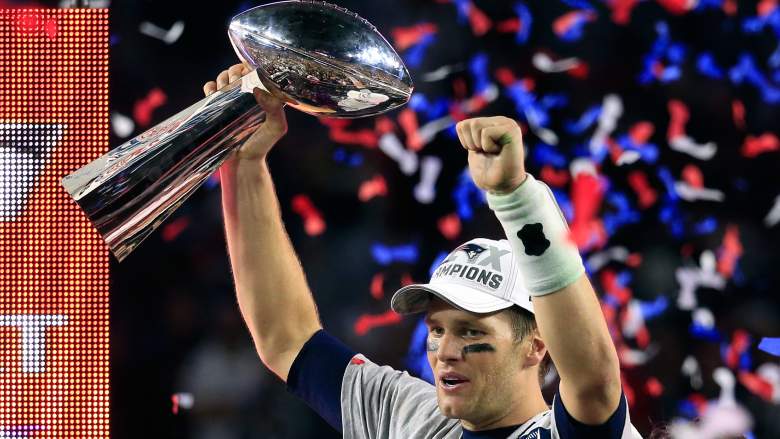 On Sunday, he has a chance to add another record to his resume.

Should Brady and the New England Patriots beat the Atlanta Falcons, it would make Brady the first quarterback in NFL history with five Super Bowl rings. Joe Montana and Terry Bradshaw each have four, while Bart Starr owns three pre-merger championships and two Super Bowl wins.

Brady could also become the second-oldest quarterback in history to win a Super Bowl, as he would be just four months younger than Peyton Manning was a year ago.

A sure-fire future Hall of Famer, Brady has very little left to prove, but winning a fifth Super Bowl ring would further strengthen his argument as being the greatest quarterback of all-time.

Read More
NFL, Tom Brady
How many Super Bowl wins does Tom Brady have? The Patriots QB is one victory away from setting an NFL record for most rings.