People were calling it the best catch in Super Bowl history: Tom Brady to Julian Edelman. Watch above.

And it made a difference.  A big difference. The Patriots came back to make Super Bowl 2017 a nail biter in overtime after some people wrote them off following a dismal first half. And then they won, pulling off one of the most stunning upsets in Super Bowl history.

Here’s a long view of “the catch.”

That’s high drama for you.

Flat-out unbelievable. That’s what some people were saying of the Edelman catch for the New England Patriots, in which Edelman appeared to grab the ball just an inch (if that) from the ground.

In what was perhaps a prescient headline, before Super Bowl 51, The New York Times reported that Edelman was someone to be “feared” but was not “flashy.” 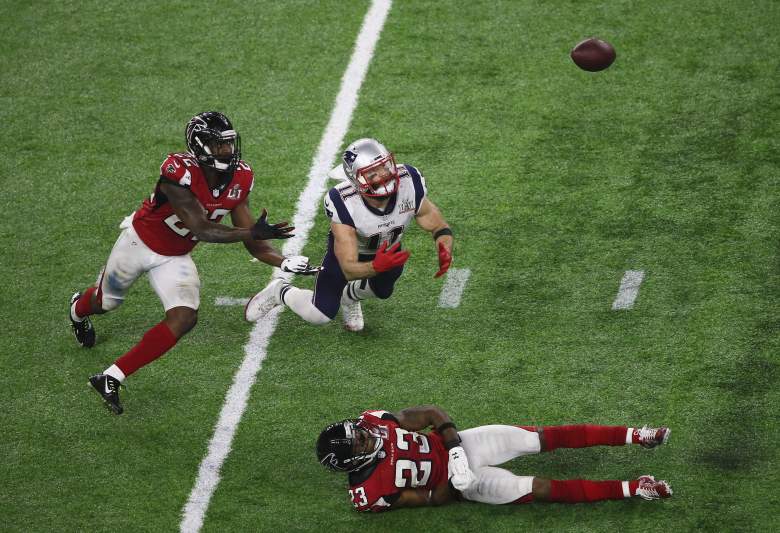 Julian Edelman #11 of the New England Patriots makes a 23 yard catch in the fourth quarter against Robert Alford #23 and Keanu Neal #22 of the Atlanta Falcons during Super Bowl 51 at NRG Stadium on February 5, 2017 in Houston, Texas. (Getty)

Edelman, noted the Times, was one of the “last players” selected in the 2009 draft. But don’t write him out, the Times said. That turned out to be true. The Times reported that the Falcons’ coaches kept talking about how “scary” they considered Edelman.

BEST CATCH IN ALL OF SUPERBOWL HISTORY

I want the Patriots to lose in the worst way, but that's a catch.#SuperBowl

Every Super Bowl there's a catch that shouldn't happen lol

What an insane catch by Edelman. #SuperBowl

The Edelman catch quickly became a “thing” on Twitter.

How does Max feel about that Edelman catch? #SB51 #RiseUp pic.twitter.com/Lyek2L7tax

Before the “catch,” some people were mocking Patriots quarterback Tom Brady on Twitter. However, others said Brady and his team shouldn’t be counted out.