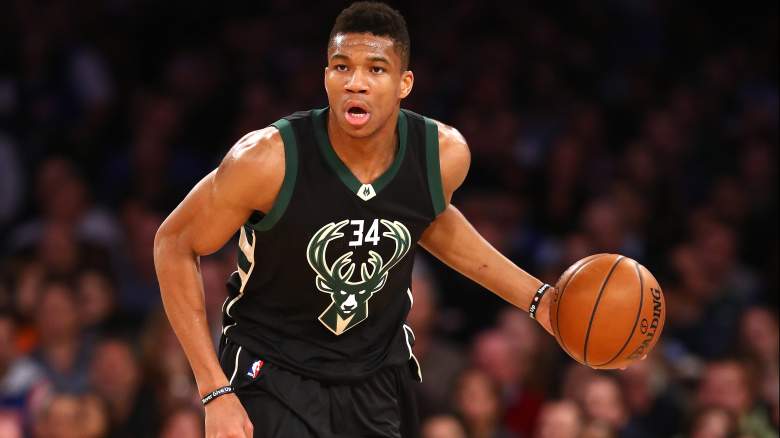 There is definitely (maybe) no better way to celebrate the weekend than with some NBA DFS, and Friday offers the perfect opportunity to build some lineups with a nine-game slate.

You can read on for my ideal FanDuel lineup and breakdown, or you can click here for more DFS analysis and NBA picks.

Jabari Parker’s unfortunate knee injury opens up a lot of potential value in Milwaukee, as guys like Michael Beasley and Mirza Teletovic could see increased roles, but until we see how that frontcourt rotation will shake out, I’ll stick with the safe option in Giannis Antetokounmpo. Not only does the Greek Freak get a bump in usage sans Parker, but the Lakers are owners of the second-worst defensive rating in the NBA.

There are also a number of injuries in Denver, as Danilo Gallinari and Kenneth Faried are both out, while Emmanuel Mudiay is questionable.

That cuts the Nuggets’ rotation down significantly, which should mean heavy minutes for all the main contributors. Nikola Jokic, aka the Greatest of All Time, needs no explanation, while Will Barton has racked up 37-plus minutes and 44-plus FanDuel points in two straight games, and Jamal Murray, who has been between 19 and 24 FanDuel points in each of the last seven, should provide great value at his price.

Really, you can make an argument for anyone in that game on either team, as the over/under sits at a massive 228 points. In this particular DFS lineup, though, the only Knicks player we’re going with, is Guillermo Hernanomez, who is not only averaging 12.0 points, 11.4 rebounds and 3.2 assists over his last five games but also had 17 and 10 when these teams met in December.

Elsewhere, Jrue Holiday has been red-hot (22.9 points, 7.9 assists, 5.1 rebounds, 1.8 steals and 1.2 blocks in his last nine games) and gets to go up against a Timberwolves squad that is 24th in defensive rating, while James Johnson is a box-score stuffer going up against the worst team in the league. Both are high-upside mid-tier options.

And finally, our bargain plays: Matt Barnes is averaging 11.0 points, 11.6 rebounds(!) and 3.6 assists over his last five games. C.J. Miles is admittedly risky, but he can get hot in a hurry and is worth a gamble at $4,200 after playing 34 minutes last game. 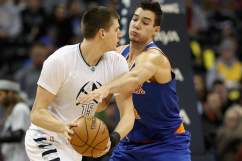