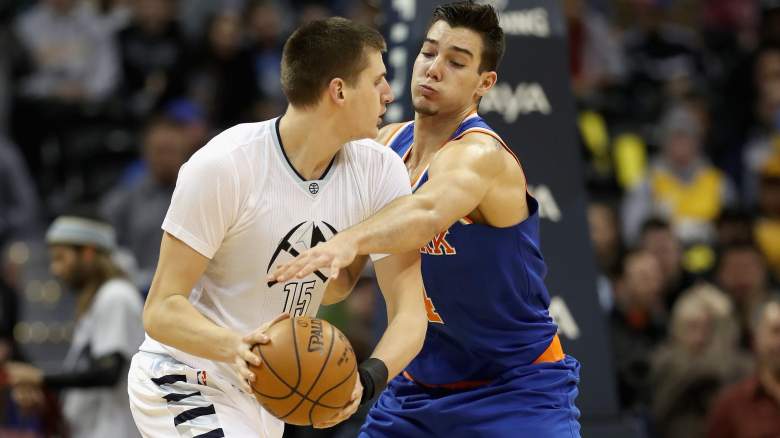 There are nine games on the NBA slate Friday, meaning lots of DFS decisions to be made.

Let’s get right into our ideal DraftKings lineup and analysis. You can also click here for more DFS strategy and NBA picks.

Not only does the Nuggets vs. Knicks game have by far the highest over/under on the day at 228 points, but when these teams met back in December, they forgot that defense was a thing and finished with a combined 241 points.

On Denver’s side, Nikola Jokic, who is averaging 25.0 points, 13.0 rebounds, 6.4 assists, 0.8 steals and 1.4 blocks in the last five games in which he’s played at least 30 minutes (and is a lock to play 30-plus minutes as long as he stays out of foul trouble), is an obvious choice if you choose to stack this game. So is Wilson Chandler, who is averaging 35.9 minutes, 17.8 points, 7.0 rebounds, 2.5 assists, 1.5 steals and 1.3 blocks in four starts since Danilo Gallinari was hurt and could seen an even bigger role sans Kenneth Faried.

For the Knicks, both Kristaps Porzingis (22 points, eight rebounds, three assists, two steals) and Willy Hernangomez (17 points, nine rebounds, two assists, two blocks) had big games the last time these teams met, while the latter’s role has only become more secure since then, with 24-plus minutes and 30-plus DK points in four of his last five games. Derrick Rose didn’t play during the last head-to-head meeting, but he looked healthy on Wednesday and should have little trouble putting up big numbers against Jameer Nelson, who allows opponents to shoot 3.4 percentage points better than their average.

Elsewhere in the lineup, Goran Dragic will likely be pretty popular, but he’s too intriguing to fade. He’s been blistering hot during Miami’s 12-game winning streak (22.9 points on 56.3 percent shooting, 6.8 assists, 4.4 rebounds and 1.3 steals), and now he gets to face a Nets team that is first in the league in pace and 27th in defensive rating.

For the value picks, Kelly Oubre is contingent on the status of Markieff Morris, as he started and played 32 minutes with Morris sidelined last game. Lance Stephenson played 20 minutes in his first game with the T-Wolves, his role should continue to grow moving forward, and with his ability to fill up the box score, he should have a good chance at providing value at a near-minimum price. 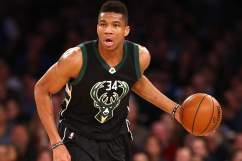