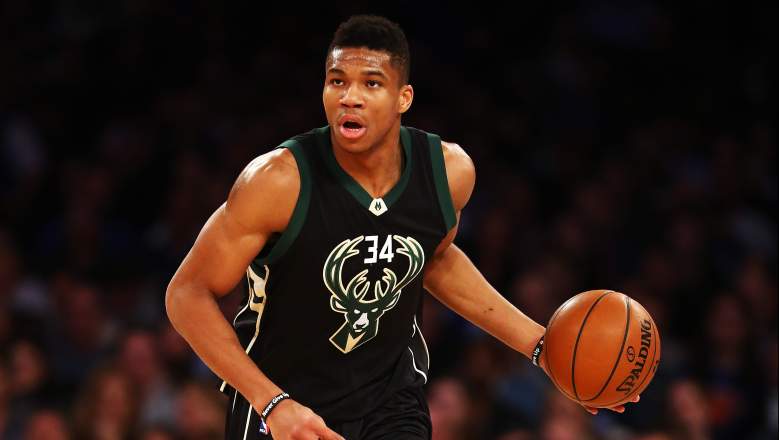 The NBA’s best talent will gather at the Smoothie Center in New Orleans for the 2017 All-Star Game on Sunday.

An annual display of fast-breaks, dunks and threes, this year’s exhibition should be no different. Defensive enthusiasts may want to shield their eyes, though, as last year’s showcase finished with a 196-173 victory for the West.

Everyone wants to focus on the reunion of Kevin Durant and Russell Westbrook, but that whole storyline is largely overblown. There are many more intriguing components to this exhibition, led by the All-Star debut for Giannis Antetokounmpo.

The Greek Freak, as he is so affectionately known, is made for this game. The 6-foot-11 point guard/shooting guard/small forward/whatever position you want him to be, thanks to his incomparable amalgam of athleticism, length and ball-handling ability, is an absolute menace in the open-court.

The 22-year-old is a site to see with a full head of steam, capable of covering the majority of the floor with two dribbles:

In a game that is always wide-open, Antetokounmpo should shine.

Another player to watch is Westbrook. Not because he’s playing with Durant, but because he’s looking to become the first player in All-Star game history to win MVP three years in a row, and he’s likely going to be in vengeance mode after not being named a starter despite averaging a triple-double.

We know Westbrook can put up video-game numbers, we know he’s unstoppable in the open-court, we know he has an improved three-point shot this year, and it’s going to be fun to see what he will do with a little extra motivation.

Another not-so-sneaky MVP candidate has to be Anthony Davis. He poured in 24 points in just 15 minutes in this game last year, and he obviously has incentive to put on a show in front of the home crowd in New Orleans.

Ultimately, though, this is the best of the best. Anyone could walk away with MVP, and that’s part of what makes it so tantalizing.