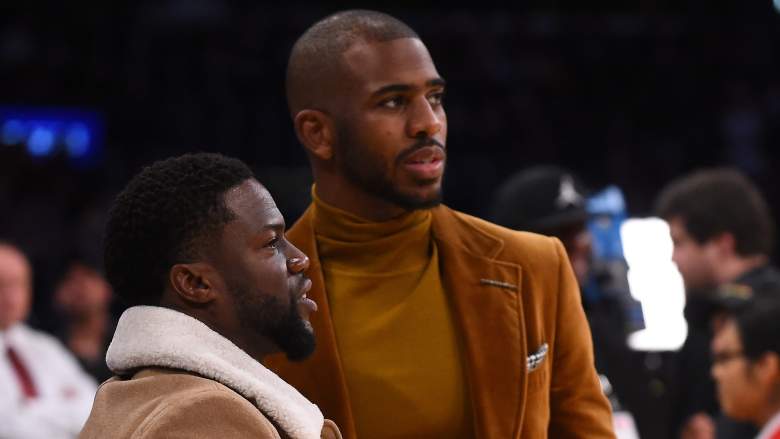 Because of an injury, Chris Paul wasn’t selected to the NBA All-Star game for the first time in a decade.

For those who haven’t been paying close attention to the Association this season, the Los Angeles Clippers veteran floor leader suffered a torn ligament in his thumb on January 16. He underwent surgery a couple days later and was given a six-to-eight week timetable to return.

Fortunately for the Clips, it appears as though he’ll hit the early end of that projection, as head coach Doc Rivers said on February 6 that Paul can do everything outside of taking contact.

“He’s playing,” Rivers said. “If you watched him, you’d say, ‘Why isn’t he playing tonight?’ He’s shooting, running, doing every drill. He’s running offense by himself – I’m sure he scores every time. But he’s in the gym every day with our guys.”

March 1 marks six weeks post-surgery, so the Clips should have their point guard back in the lineup in time for the final stretch of the season.

Nevertheless, the injury resulted in a first for Paul: Not being selected to one of the exhibition games during All-Star weekend. The No. 4 pick in 2005, he played in the sophomore vs. rookie game during his first two seasons with the Hornets then was selected to the next nine All-Star games. He missed the 2010 game because of an injury, but he was still selected to that team, whereas his injury this year was early enough that he wasn’t selected.

The annual exhibition will miss Paul’s elite distributing skills. In eight career All-Star appearances, he has hit double-digit assists seven times and averaged 13.25 dimes per game. Last year, he handed out 16 helpers in just 19 minutes off the bench:

Though it will be unusual not seeing Paul out there, the West will probably find a way to cope with its point guard trio of Steph Curry, James Harden and Russell Westbrook.