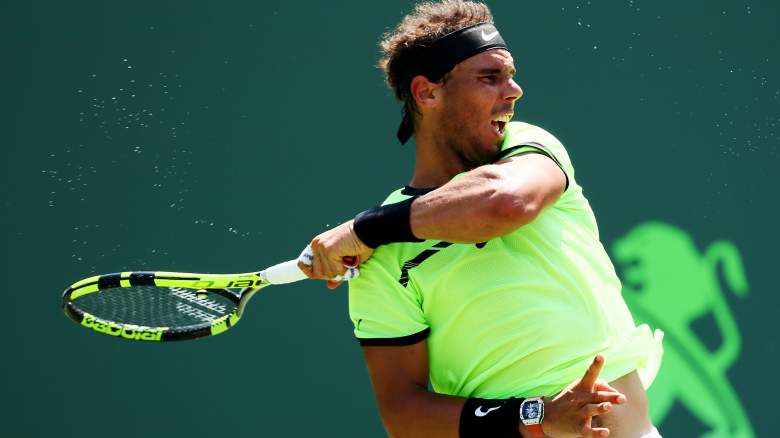 Rafael Nadal and Roger Federer are making up for lost time.

After playing each other just twice between 2014 and 2016, the pair of historic rivals are now set to meet for the third time in 2017 when they face each other in the final of the Miami Masters.

They advanced there in very different ways. While Rafa made easy work of Fabio Fognini in the first semifinal, Federer engaged in an instant classic with 21-year-old rising star Nick Kyrgios. The two battled to three tiebreaks over three hours, with the veteran ultimately escaping in the end to set up the always anticipated “Fedal” battle.

As has been the case the first 36 times, it’s going to be must-watch TV when these two go head-to-head. Here’s a look at everything you need to know to watch:

Arguably the greatest rivalry in the history of the sport, Nadal leads the all-time series 23-13, but it’s been all Federer as of late. The Swiss international used a fifth-set comeback to beat Nadal in the Australian Open final, then followed that up with a more dominant effort two weeks ago at Indian Wells, giving him three straight wins over his rival and friend.

“It’s a nice feeling to win the last three, I can tell you that,” Federer said. “But most importantly, I won Australia. That was big for me. On the comeback, I look back at that and think that was one of the coolest things I ever experienced in my career.”

In Miami, Federer and Nadal will return to where their rivalry started. Their first two career matches were at the Tennis Center at Crandon Park, with Nadal winning the Round-of-32 meeting in 2004, and Federer getting revenge in the final the next year. They also met here in 2011, when Nadal captured the straight-set victory in the semifinals.

For Nadal, Miami is one of just two Masters 1000 events that still eludes him–he’s been to four finals at Key Biscayne but yet to win a title. Federer, meanwhile, has two titles here but hasn’t captured one since 2006.

No matter what ultimately happens on Sunday, though, it’s Federer vs. Nadal. That means it’ll be an important part of tennis history, and it will assuredly be another scintillating display of tennis.

Read More
Rafael Nadal, Tennis
For the third time in 2017, legendary rivals Roger Federer and Rafael Nadal will meet, this time with the 2017 Miami Masters title on the line.