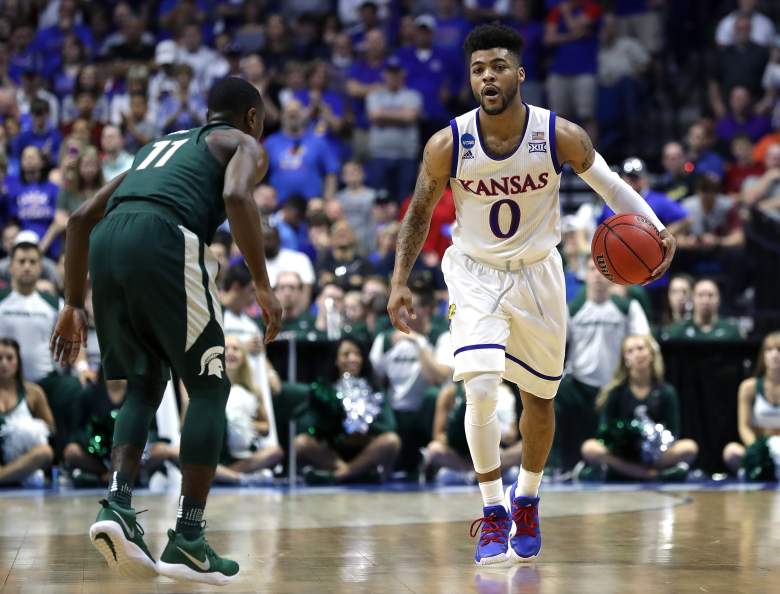 So far, no team has been able to contain the Kansas Jayhawks in the 2017 NCAA Tournament.

The No. 1-seeded team out of the Midwest region has won by at least 20 points in all of its tournament games so far. The explosiveness and shifty ability of senior guard Frank Mason III and Kansas’ other guards has proved to be incredibly difficult to defend. Now, the Jayhawks are back in the Elite Eight, and the No. 3-seeded Oregon Ducks are next in line to try and pass the test.

But Oregon is no easy out, to say the least.

The Ducks have exceeded expectations themselves. They beat Iona in the Round of 64 and followed it up with a narrow victory against Rhode Island in the second round of the tournament. On Thursday, they put an end to No. 7-seed Michigan’s storybook tournament run with a 69-68 victory.

With a trip to the Final Four on the line, there’s no telling which team will walk out the victor and head to play in Arizona next weekend.

Here’s what you need to know about the Elite Eight matchup:

Kansas and Oregon have met one time in NCAA Tournament history, and it was also a regional final.

With a lineup of Kirk Hinrich, Drew Gooden, Nick Collison and Aaron Miles, the Jayhawks blew out the Luke Ridnour-led Ducks in the game, 104-86

In total, Oregon has a 19-13 record in the tournament in its 14 appearances. It’s been to one Final Four and won one championship in 1939.

The tournament has become the norm for Kansas. It’s the winner of three tournament championships (1952, 1988, 2008) and has played in 14 Final Fours. The game against the Ducks is the Jayhawks’ second straight season it’s advanced to the Elite Eight, though they haven’t moved on to the Final Four since 2012. 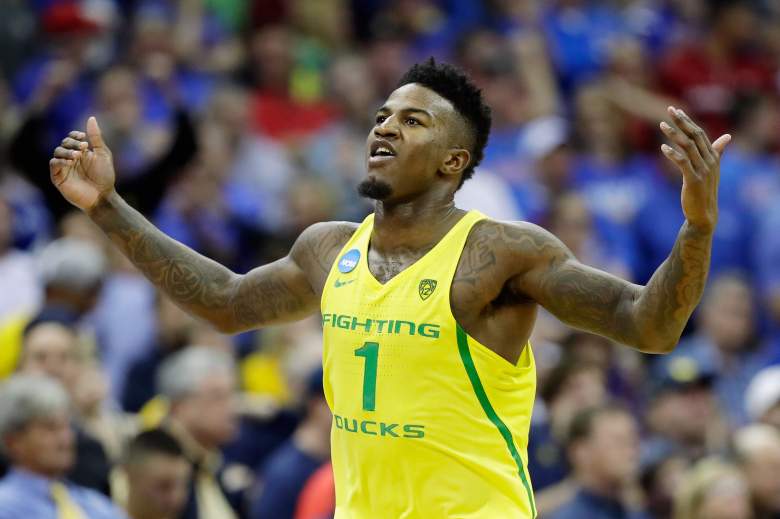 Chances for a lengthy tournament run looked bleak for Oregon after senior Chris Boucher suffered a season-ending knee injury during the Pac-12 Tournament.

But other players have stepped up in the veteran’s absence and the Ducks’ high-powered offense hasn’t really missed a beat.

The guy leading the charge has been sophomore Tyler Dorsey. He’s averaging 23.6 points per game in the tournament so far, and opposing defenses just haven’t found the answer for him. He’s been amazingly efficient, too. In the three games, Dorsey is shooting an incredible 69 percent from the field.

Junior Jordan Bell has carried some of the weight as well. He’s averaging 13 points and 12.3 rebounds per game while shooting 69 percent from the field.

It’s been a different story for the Jayhawks. 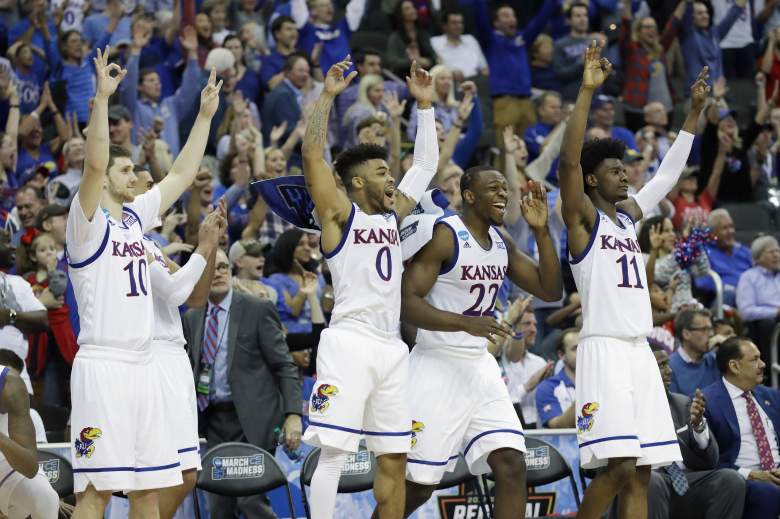 Kansas has played like it has a chip on its shoulder all tournament. After getting upset to TCU in the quarterfinal round of the Big 12 Tournament, Kansas has been the hottest team in the tournamentr, and its front court is undoubtedly the best in the nation.

Through three games in the tournament, Mason has done his part to score and distribute the ball to temmates. He’s averaging 22.6 points and 6.6 assists per game, but that’s come to be expected from him. It’s the play of those around him that has raised eyebrows.

Freshman guard Josh Jackson has thrived in his first time in the NCAA Tournament spotlight. He’s averaging 18.3 points and 7.3 rebounds and has been a focal point of Kansas’ offense. Then, there’s junior guard Devonte’ Graham, who’s chipped in with an average of 20 points per game in the tournament.

The two incredibly efficient offenses are sure to make this Elite Eight matchup a treat to watch.