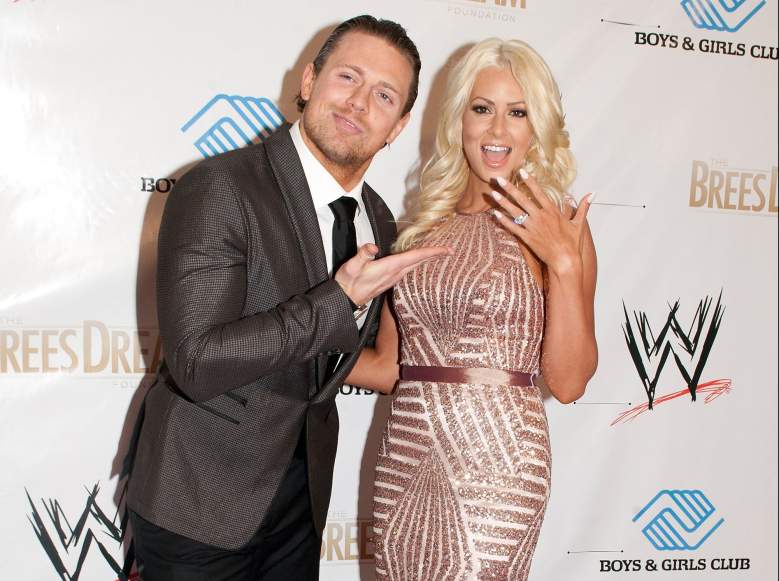 The Miz and Maryse Ouellet attend WWE’s 2014 SuperStars For Kids at the New Orleans Museum of Art on April 3, 2014 in New Orleans City. (Getty)

WWE superstar The Miz is married to Maryse Ouellet, and the couple’s relationship has become a major part of his WWE storyline.

At the moment, The Miz and Maryse are feuding with John Cena and Nikki Bella on SmackDown Live. This fight between two real-life couples is expected to culminate in a tag team match at WrestleMania 33.

So what is The Miz’s relationship with Maryse like, and how much of it is actually real? Here’s everything you need to know. 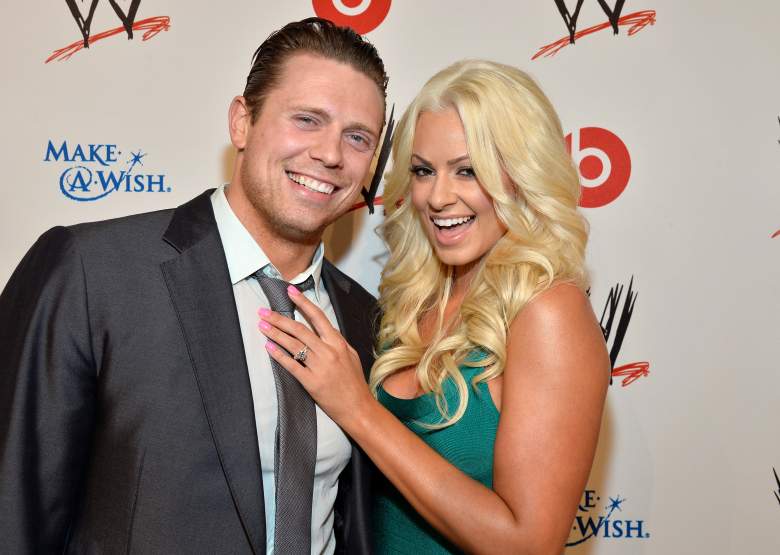 The Miz and Maryse have known each other for about 11 years now, as they met during the WWE’s 2006 Diva Search.

The Miz had previously participated in Tough Enough, and he made his debut on the main roster in 2006, when he was briefly the “host” of SmackDown and made some sporadic announcements. He was soon made the host of the 2006 Diva Search competition.

Maryse, meanwhile, had a background in modeling and in participating in beauty pageants. She entered the 2006 Diva Search and ended up making it to the top eight. However, she was the second person eliminated during this final cut.

Maryse revealed in an interview with WrestletalkTV that The Miz was actually quite mean to her when they met during the Diva’s Search.

“He was so mean to me,” she said. “Oh my God. I couldn’t speak English, and he was rubbing it in my face. He was just like, ‘You can’t speak English. What are you doing here? You can’t work with the biggest sports entertainment company in the world if you don’t speak a word of English.'”

Maryse channeled her anger into a particularly mean promo directed at The Miz, and it was this promo that allowed her to make it into the top eight.

The Miz and Maryse met during this Diva’s Search, although this was not when they started dating. It was after a Monday Night Raw show about a year later that they really began to talk one-on-one.

“She was picked, but we didn’t start dating then,” The Miz told Cosmopolitan.” About a year later we started talking after one of the Raw events. I was like, ‘Man if only I could get a girl like this. One of these days I will get a girl like this and I will be so happy.’ And I did!”

2. The Miz Proposed to Maryse in the Room Where They Met During the Diva’s Search 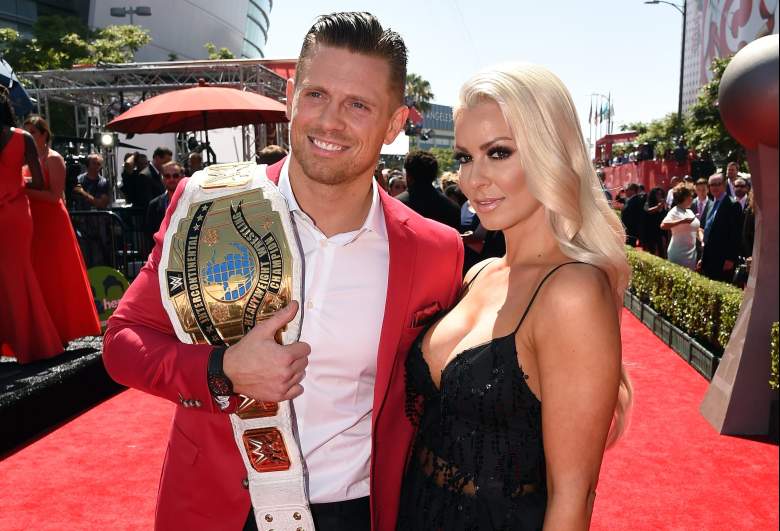 The Miz and Maryse Ouellet attend the 2016 ESPYS at Microsoft Theater on July 13, 2016 in Los Angeles, California. (Getty)

The Miz proposed to Maryse in February 2013, and he did it in the very same room at the Ritz-Carlton in Los Angeles where they met on the Diva’s Search six years prior.

Maryse said in an interview with WrestletalkTV that this moment brought back a lot of memories for her, as the Diva’s Search was a defining time in her life.

“This Diva’s Search was a big event for me in my life,” she said. “It changed from me living in Canada speaking French to moving to the United States, becoming an English speaker, working for the WWE, so it’s kind of like…a big transition, and that day, that’s where that happened, so for me to go back there, it was just weird. It was just like, all those memories…it was special.”

She also said that The Miz did a really good job keeping the proposal a secret and that she was completely surprised by it. 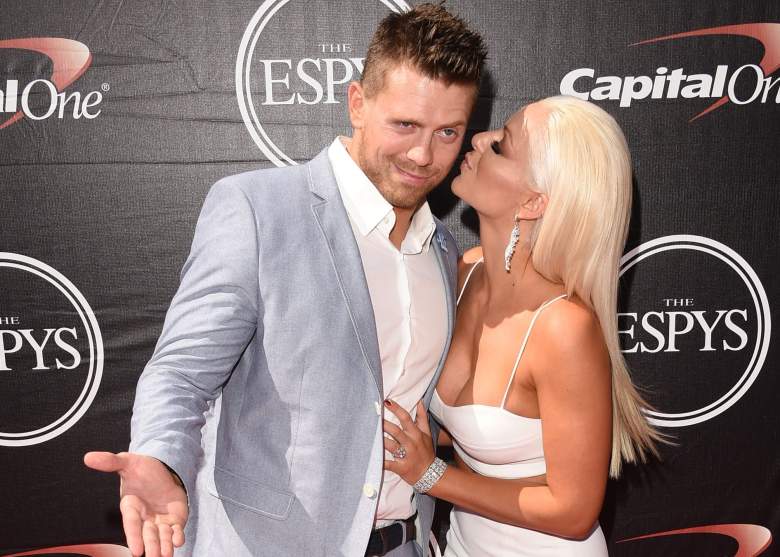 The Miz and Maryse Ouellet attend The 2015 ESPYS at Microsoft Theater on July 15, 2015 in Los Angeles, California. (Getty)

The Miz and Maryse’s wedding took place in February 2014 at the One and Only Ocean Club in the Bahamas, according to WWE.com.

In addition, singer-songwriter Ryan Cabrera played at the wedding.

This wedding took place while Maryse was not working with the WWE. She was released from her contract in 2011, and over the next few years, she started a fashion line and pursued a career in real estate. 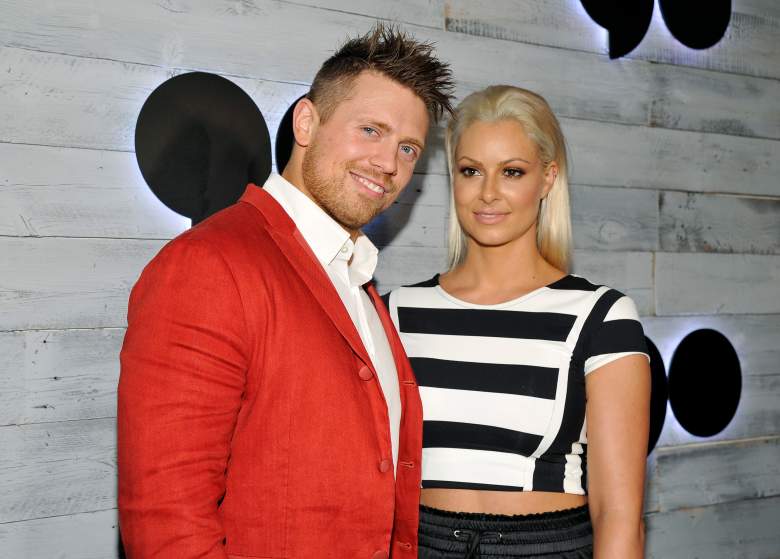 Michael “The Miz” Mizanin and model Maryse Ouellet attend the VIP sneak peek of the go90 Social Entertainment Platform at the Wallis Annenberg Center for the Performing Arts on September 24, 2015 in Los Angeles, California. (Getty)

A few years after being released from her contract, Maryse returned to the WWE in 2016, now as The Miz’s manager. The couple’s real life marriage was worked into the storyline, and since then, Maryse has been at The Miz’s side just about every single week.

In a recent interview with Sportskeeda, The Miz said that working with his wife on SmackDown Live has been one of the best experiences of his life.

“I’m having the most fun I’ve ever had in my career,” he said. “I get to hang out with my wife every single day. She brings a whole new confidence to myself and to everything that I’m doing.”

If The Miz and Maryse fight in a mixed tag team match at WrestleMania 33, this will be Maryse’s first time performing in the ring in six years.

5. They Both Want to Have Kids

The Miz and Maryse on their new career paths and their plans to start a family: April 20, 2016The Intercontinental Champion and his wife, Maryse, discuss why they're WWE's "it" couple, when they plan on having children, the next season of "Total Divas" and The Miz's title defense against Cesaro at WWE Payback. More ACTION on WWE NETWORK : http://bit.ly/MobQRl Subscribe to WWE on YouTube: http://bit.ly/1i64OdT Visit the all-new WWE.com: http://bit.ly/visitwwe2016-04-20T15:41:44.000Z

The Miz and Maryse do not currently have any kids, but that will likely change sometime soon.

In an interview with The Miami Herald in 2013, The Miz said that both he and his wife want children.

“I want a little Miz running around, even though I know he is going to be the most annoying kid in the world,” he said, according to Wrestling Inc. “If he is anything like his father, then my God! I’m definitely preparing for that, but who knows how long that will be. There has definitely been talks, and my outlook on WWE is I’m still going to do as I always have. I’m going to work as hard as I can to entertain those audiences, whether it’s on WWE or on a movie from WWE Studios.”

In an April 2016 interview with Michael Cole, The Miz and Maryse again reiterated that they want children, although this interview was partly in character.

“She always wants one, actually,” The Miz said. “She literally always says, ‘When are we going to get a mini-Miz?'”

Maryse then chimed in to say that she wants to have twins, a boy and a girl, and maybe even another set of twins after that. However, The Miz said that he wants to be a father who is there for his kids all the time, and that’s not something he can commit to right now.

Read More
Pro Wrestling, WWE, WWE Smackdown
The Miz and Maryse met while working for the WWE in 2006, and they were married in the Bahamas in 2014.