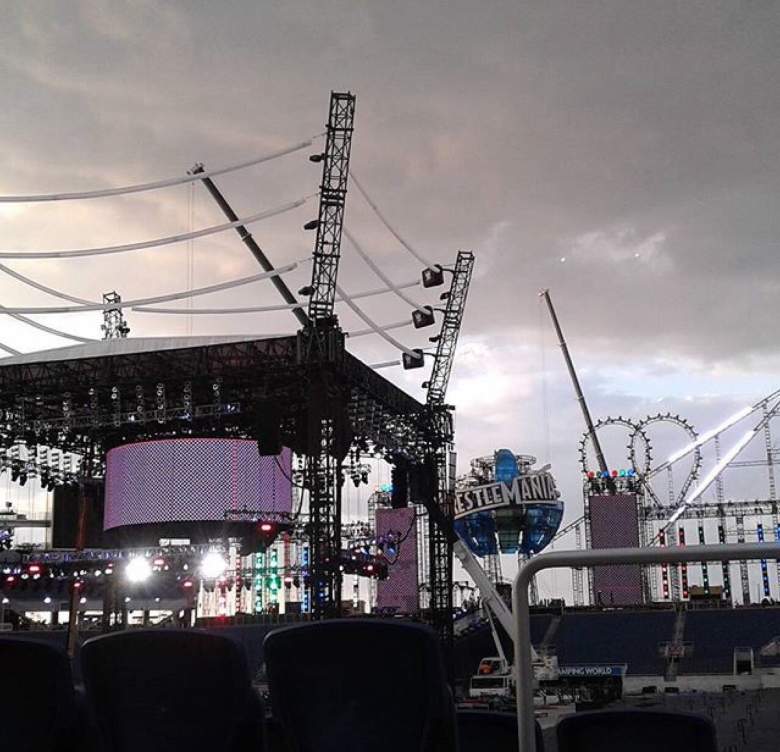 WrestleMania 33 will be bigger than ever.

The annual event, which takes place Sunday at Camping World Stadium in Orlando, features one of the biggest stages ever for a WWE pay-per-view.

The slogan for this year’s WresltleMania is “The Ultimate Thrill Ride,” and spectators will likely get to experience that firsthand, as the massive stage features a full-blown roller coaster behind the entrance ramp.

Photos and videos of the stage being set up at the stadium have surfaced on social media by construction workers and fans nearby the stadium; it’s hard not to notice from outside the stadium.

The ring in the middle of the stadium is set to be covered by a canopy similar to others at outdoor stadiums. But this one has a huge prop wrestling ring on top of it, ropes and all.

The 2017 edition will be no different, as this one promises to be as unique as ever. There’s no word yet on the cost of the set itself, but chances are that it’ll cost the WWE a pretty penny.

Click here to see a full high-quality gallery of the stage from the Orlando Sentinel.

Here’s some of the photos and videos of the set that have been surfacing on social media:

The Roller Coaster Behind the Stage Requires Multiple Cranes to Build

The #Wrestlemania set is going to be huge. pic.twitter.com/NyTUocsUdf

OH MY GOD! THE WRESTLEMANIA SET LOOKS AMAZING SO FAR. I CANNOT WAIT TO SEE IT. WOW.?? pic.twitter.com/VjSn7yOvLX

A View From the Back Shows How Tall the Roller Coaster Is; No Telling if Shane McMahon Will Jump Off of It 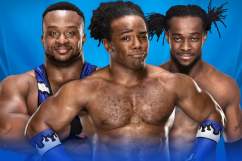