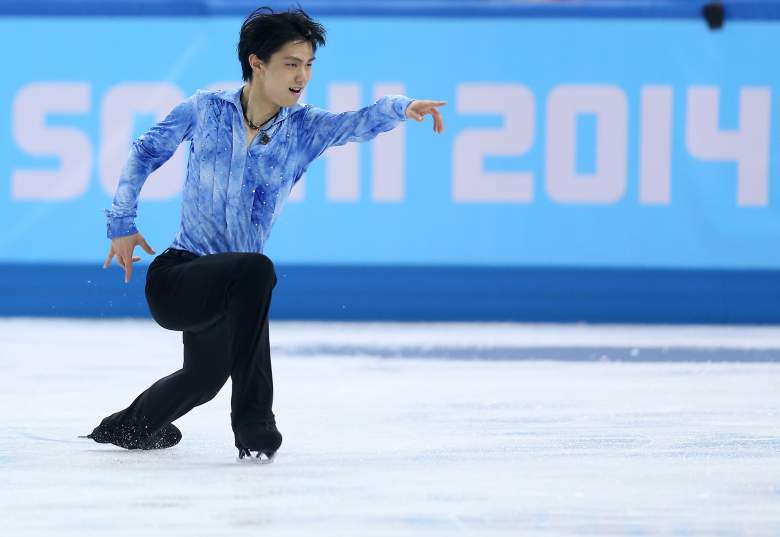 It has been three years since Hanyu won his last world title. As the figure skater looks to regain his consistency, he will compete against U.S. national champion Nathan Chen, who claimed gold at the Four Continents in Gangneung, South Korea.

Here’s more about Hanyu and his figure skating career: 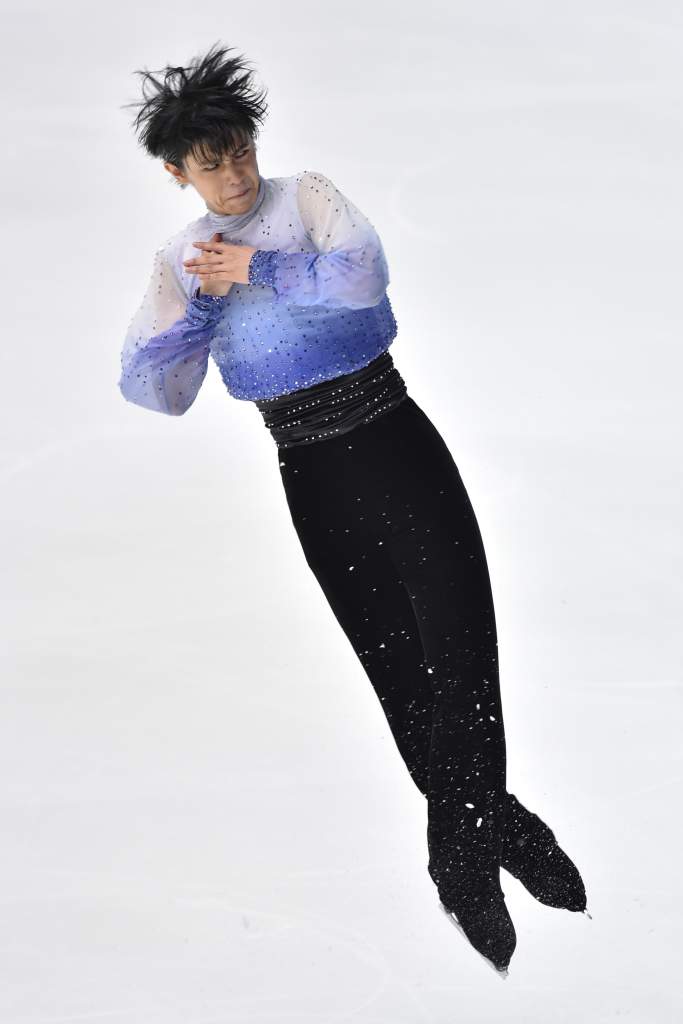 Despite a world-record-scoring season last year, the last time Hanyu won a World gold medal was in Spain, back in 2014.

The following year, Hanyu entered the 2015 World Championships as the reigning Olympic, World and Grand Prix Final champion. At the time, he was coming off surgery and finished a narrow second behind training partner Javier Fernandez.

In 2016, Hanyu dominated his short program, and was among the top contenders heading into the free skate. However, the figure skater appeared winded in his long program. He fell on a crucial quadruple salchow about halfway through his routine, and also made mistakes on another quad and triple lutz.

Now, Hanyu has a chance at redemption. The worlds leading into the Olympic season is extremely important, and Hanyu is planning to take it in stride.

“I’ve done everything I need to do to [get to] this point and I have to make sure I get the job done here,” Hanyu told reporters. “Condition-wise I feel perfect.”

2. He Won Silver at the Four Continents Championships 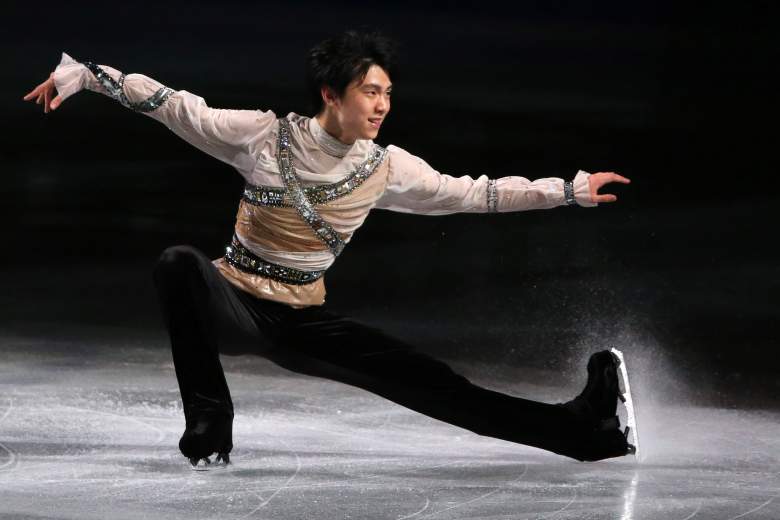 The biggest threat to Hanyu entering this year’s worlds is Chen. Hanyu finished second against the American skater at the 2017 Four Continents Championships.

Hanyu tallied 206.67 in his free-skate, the highest free-skate score in the world this season despite Salchow errors. However, it wasn’t enough to top Chen who held a 6.08-point lead after the short program.

“A mistake is a mistake, and I’m happy I was able to show almost everything,” Hanyu told NBC Sports following his free skate.

However, he was far from satisfied with the results.

“Before going on to the podium I looked at Nathan,” Hanyu said, “and I felt envious. I wanted to win.” 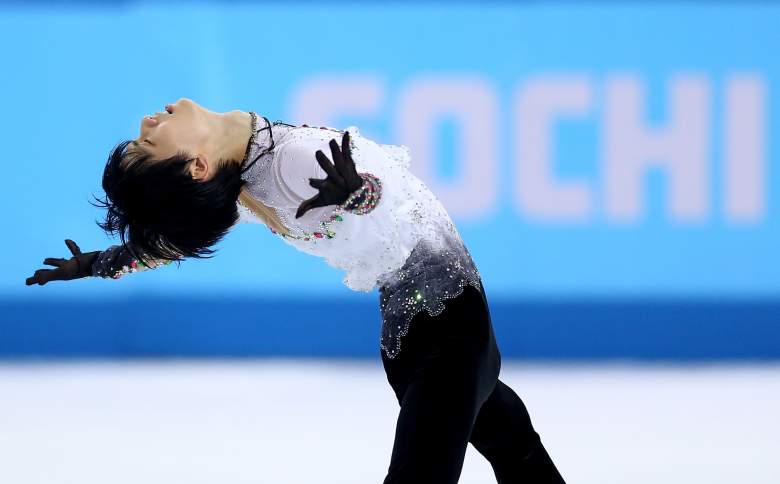 Hanyu was born and raised in Sendai. His name means “bowstring,” which symbolizes confidence, strength, and straightness.

As he expressed to Golden Skate, he was also inspired by Johnny Weir.

“As a skater, he is just a simply beautiful skater, that’s why I admire him so much,” he told the publication. “Personally he is a very interesting guy and I like him. We are not in touch exchanging emails or anything like that, but he sent a cheering message for me on Twitter (during Four Continents) which I really appreciated. I’ve met him in Japan. Johnny designed my free skating costume.”

4. He Was Affected by the 2011 Tōhoku Earthquake & Tsunami 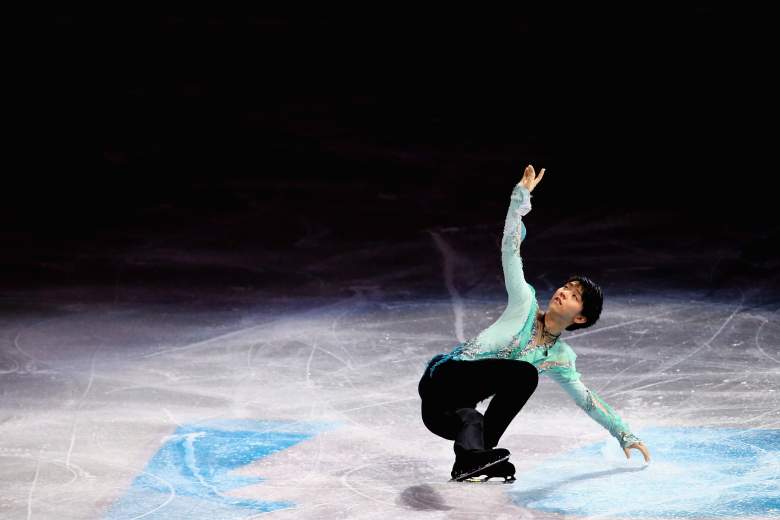 Hanyu was the only top Japanese figure skater directly impacted by the terrible earthquake and tsunami in 2011.

“When the earthquake hit, I was on the ice at my home rink in Sendai,” he told Golden Skate. “I could not do anything. What I could do at that time was just try to stay on my feet. As soon as the big quake stopped, I ran out of the building in my skating boots. I had no time to put on the blade covers, so my blades were damaged. I was terrified of the natural disaster.”

He took part in a charity auction and show to help relief efforts. The skaters donated personal belongings and clothing at an auction that raised $35,387 USD, according to The Golden Skate. After the show, the athletes also collected cash donations to raise more than $150,000 USD total.

“I spent three days at the evacuation center. At the center, a lot of people helped us so much, and therefore I would like to do anything for them. What I can do is just skating,” he told the publication.

Hanyu donated part of the proceeds of his autobiography, Blue Flames, to the Sendai ice rink, which was deemed unusable after the disaster.

5. Hanyu Was the First Japanese Man to Win Olympic Gold 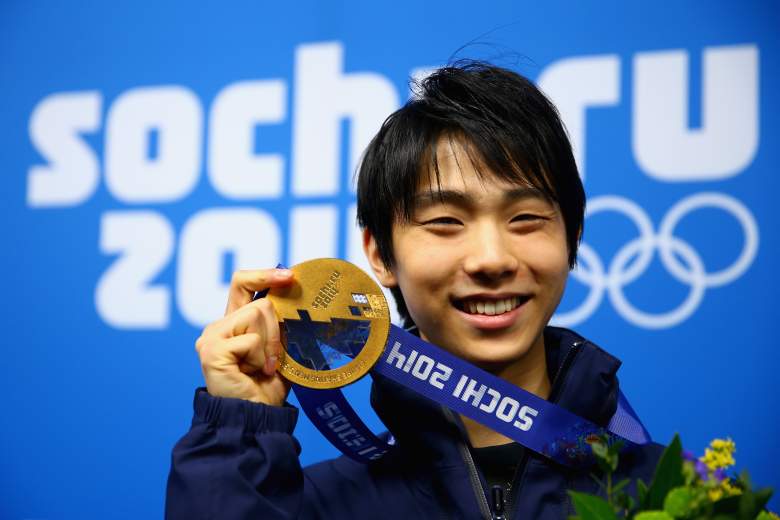 Hanyu, the first Japanese to win a gold medal in the men’s singles Olympic competition, has become incredibly popular in his home country.

Of course, he is known for his figure skating career, but he’s also appeared in a number of commercials and advertising campaigns. The Olympian has picked up his share of endorsements throughout the years from P&G to Lotte’s Ghana milk chocolates.

Hanyu even served as a judge on Japan’s popular New Year’s Eve music show, Kōhaku Uta Gassen, in 2015. Last year, he made his first acting debut as a samurai lord, in the movie, The Magnificent Nine.

Hanyu’s first DVD/Blu-ray album, Time of Awakening, was released on May 21, 2014, and sold 21,000 copies. The DVD features several of Hanyu’s performances, including his short program and free skate at the Sochi Olympics.

Following his Olympic gold medal win in 2014, he received a hero’s welcome. In a celebration comparable to a Stanley Cup parade in North America, approximately 92,000 people lined the streets of Sendai to welcome Hanyu home after Sochi.